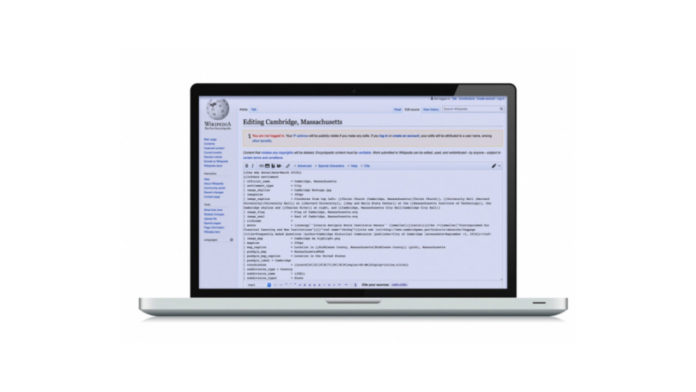 (IANS) Researchers at Massachusetts Institute of Technology have created a system that could be used to automatically update factual inconsistencies in Wikipedia articles, reducing time and effort spent by human editors who now do the task manually.

Wikipedia comprises millions of articles that are in constant need of edits to reflect new information.

That can involve article expansions, major rewrites, or more routine modifications such as updating numbers, dates, names, and locations. Currently, humans across the globe volunteer their time to make these edits.

In a paper presented at the AAAI Conference on Artificial Intelligence in New York, the researchers described a text-generating system that pinpoints and replaces specific information in relevant Wikipedia sentences, while keeping the language similar to how humans write and edit.

The idea is that humans would type into an interface an unstructured sentence with updated information, without needing to worry about style or grammar. The system would then search Wikipedia, locate the appropriate page and outdated sentence, and rewrite it in a humanlike fashion.

In the future, the researchers said, there”s potential to build a fully automated system that identifies and uses the latest information from around the web to produce rewritten sentences in corresponding Wikipedia articles that reflect updated information.

“There are so many updates constantly needed to Wikipedia articles. It would be beneficial to automatically modify exact portions of the articles, with little to no human intervention,” said Darsh Shah, a PhD student in the Computer Science and Artificial Intelligence Laboratory (CSAIL) and one of the lead authors.

“Instead of hundreds of people working on modifying each Wikipedia article, then you”ll only need a few, because the model is helping or doing it automatically. That offers dramatic improvements in efficiency,” Shah said.

Many other bots exist that make automatic Wikipedia edits. Typically, those work on mitigating vandalism or dropping some narrowly defined information into predefined templates, Shah said.

The researchers” model, he said, solves a harder artificial intelligence problem: Given a new piece of unstructured information, the model automatically modifies the sentence in a humanlike fashion.

“The other [bot] tasks are more rule-based, while this is a task requiring reasoning over contradictory parts in two sentences and generating a coherent piece of text,” he said.