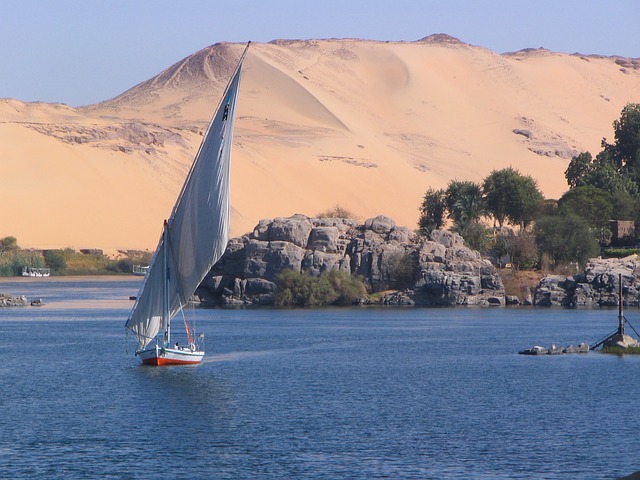 The name Nile results from a Greek word Neilos meaning valley, the river Nile is he longest river in the world whose source is known to Jinja Uganda. It is a great river of Northeast Africa that begins its journey in well watered regions near the equator and then flow north word across the dreadful Sahara desert before emptying in the Eastern Mediterranean Sea. The river is 6695 km (4184 miles) long.

The river flows through a total of nine countries although it is most associated to Uganda and Egypt. The other countries include Ethiopia, Zaire, Kenya, Tanzania, Rwanda, Burundi and Sudan.

This longest river consists of mainly two principle branches that is the white and blue Nile which then joins in Khartoum to form the Main Nile that consists of the Egyptian Nile and the Cataract Nile.

The longest segment the White Nile further divides into three

The Nile has played a large role in the civilization life and history of some of these countries especially Egypt and Uganda. The Nile is a source of energy to the Ugandans, as the countries major electricity damn is built on the Nile. It has also provided water for human life and its banks are so fertile that despite the fact that Egypt is a dry land, it has enabled the Egyptians sustain their lives throught irrigation and the fertile soils at the banks. The Nile has also provided water to animals like the crocodiles that live at the banks of the river in Egypt. The Nile crocodiles in Egypt are about 4 metres in length although some have been reported as longer.

The Nile as a river has a lot to offer to tourists ranging from boat trips to the source, to activities like rafting, kayaking, Fishing on the Victoria Nile and bungee jumping in Uganda. For Egypt it’s a whole new story as there are lots of things to see on the Nile bank including the historical sites. Individuals interested in experiencing the Nile up close and personal can journey along the famous river aboard riverboat cruises that depart from numerous cities along the bank.

On any of your trip to Africa, the Nile- the natural wonder is one of the historical sites places that you shouldn’t miss.