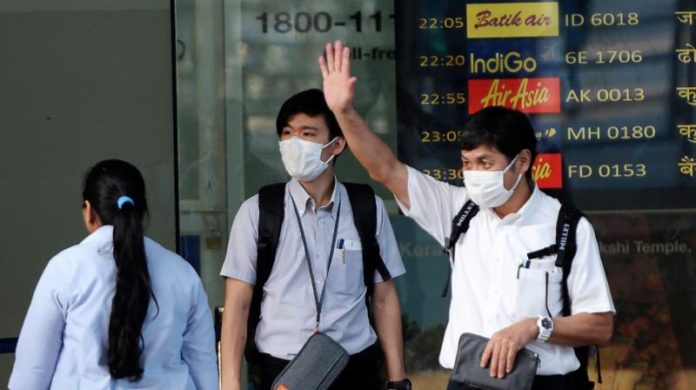 (PTI) A testing facility for the detection of novel coronavirus was unveiled at a premier state-run institute here on Sunday as over 800 people are under observation in homes and hospitals in Tamil Nadu.

The testing facility was inaugurated at the King Institute of Preventive Medicine by state Health Minister C Vijayabaskar who said five blood samples have been received at the institute from the health authorities.

Besides, four specimens had already been dispatched to the National Institute of Virology, Pune, for diagnosis, he said, adding the results will be available in 48 hours after the receipt of samples.

“All of them (whose blood specimen have been collected) are clinically normal (does not exhibit symptom presently),” he said.

After chairing a high-level meet here on prevention, monitoring and precautionary measures for the China-origin infection, the minister said 799 people were under house quarantine in the state and the Directorate of Public Health was monitoring them.

Of the 799, 646 had travelled to China and 153 to other countries close to it, he said. Besides, 12 people have been admitted to hospitals.

So far, thermal screening had been done on 5,543 people at Chennai, Tiruchirappalli, Madurai and Coimbatore airports in the state and all of them were normal.

Asserting that there was no positive case of the virus that has claimed over 300 lives in China, he said the state was assiduously following the Central government protocol for all aspects, including testing, prevention and monitoring for the virus.

The Centre has said that blood samples of travellers from Wuhan, considered the epicentre of the virus, should be collected irrespective of whether they exhibited symptoms not, he said.

For the observation purpose, 10 people have been admitted to isolation wards of Rajiv Gandhi Government General Hospital here and one each in Tiruchirappalli and Ramanathapuram districts so far, he said.

Though all of them under observation were normal and did not show any symptom of the virus, they have been placed under watch considering factors like contact and travel history, he said.