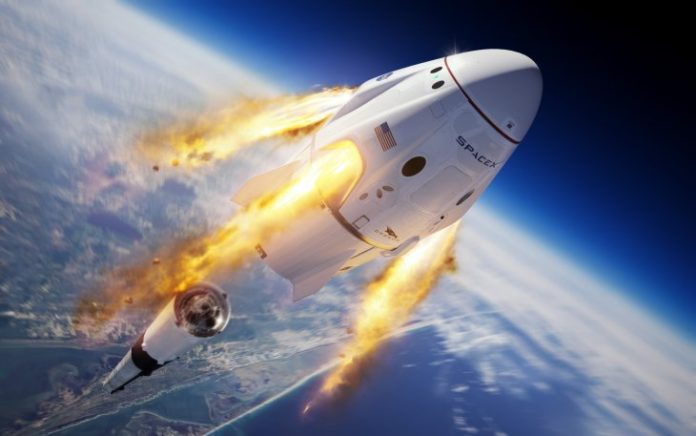 (IANS) Ahead of its launch of astronauts to the International Space Station (ISS) aboard its Crew Dragon capsule which is tentatively scheduled for May 7, the Elon Musk-led SpaceX has hired a top former human spaceflight expert, the media reported.

SpaceX is preparing its Crew Dragon spacecraft to fly NASA astronauts Doug Hurley and Bob Behnken to and from the space station in the first flight.

Showing off its spacecraft on Tuesday, SpaceX said that the Crew Dragon was undergoing electromagnetic interference testing in preparation of its Demo-2 mission, which will be the first to transport astronauts.

The uncrewed Demo-1 mission flew in March of last year.

“I”m glad to see a Crew Dragon DM2 capsule video out there to share and show off! Can”t wait for the ones from @NASAKennedy as @NASA and @SpaceX bring human spaceflight back to the Florida coast! #LaunchAmerica,” Behnken said in a tweet.

According to a report in Ars Technica, NASA is working toward a May 7 launch of a Crew Dragon spacecraft. But the date is far from finalised.