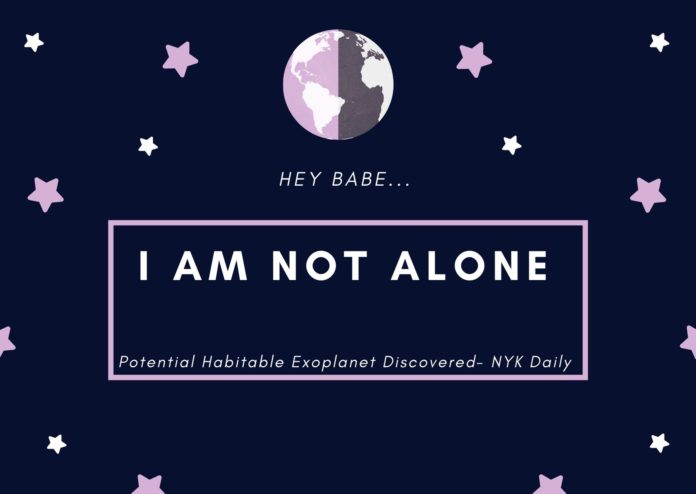 A planet just 124 light-years from Earth could be teeming with life even as you read these words.

Astronomers have conducted in-depth analyses of the properties of an exoplanet mid-weight between Earth and Neptune, and found that it could be hospitable after all. The discovery broadens the range of planets astronomers can include in their search for extraterrestrial life.

The planet in question is called K2-18b. It may sound familiar – that’s because it made big news last year when astronomers found water vapour in its atmosphere. However, back then, the exoplanet’s potential habitability was unclear.

It’s orbiting a red dwarf star K2-18, smack-bang in the middle of the habitable zone – not so hot that liquid water would evaporate from the surface, and not so cold that it would totally freeze. But habitability requires more than just being at the right distance; Mars is a great example of this.

We also tend to think that rockiness – being a planet like Earth, Venus, Mars and Mercury – is a prerequisite for habitability. At 2.6 times the size and 8.6 times the mass of Earth, K2-18b could be more like a mini-Neptune than rocky.

“Water vapour has been detected in the atmospheres of a number of exoplanets but, even if the planet is in the habitable zone, that doesn’t necessarily mean there are habitable conditions on the surface,” said astronomer Nikku Madhusudhan of Cambridge University.

“To establish the prospects for habitability, it is important to obtain a unified understanding of the interior and atmospheric conditions on the planet – in particular, whether liquid water can exist beneath the atmosphere.”

And here’s the thing. According to the new analysis, even a habitable zone mini-Neptune could potentially support life.

The problem is that a habitable zone mini-Neptune is expected to have a thick hydrogen envelope. Under this, there’s thought to be a fluid ocean, but a really high-pressure one, depending on the thickness of the hydrogen envelope. The thicker the envelope, the denser the ocean. If it’s dense enough, well, that means it’s a no go for life (as far as we know).

So, Madhusudhan and his team decided to take a closer look at K2-18b to see if, according to what we can observe, an ocean on the exoplanet would hit those inhospitable oceanic pressure levels.

They used existing observations of the planet, including its atmospheric properties, and its size and mass, to extrapolate and constrain the composition and structure of the atmosphere. These findings were then used to constrain the exoplanet’s internal structure and thermodynamic properties using numerical modelling and statistical methods.

They found the atmosphere to be rich in hydrogen, with between 0.02 and 14.8 percent water (Earth’s atmosphere has between 0 and 5 percent water). There was also a small amount of methane and ammonia, which can be produced by both biological and non-biological processes. Neither, at this stage, can be ruled out, the researchers said.

This information was then applied to a wide range of planetary models, to find out which best fit the data. And they found the maximum amount of hydrogen that could explain the observed properties of the planet was around 6 percent of its mass – although most of the solutions had far less hydrogen.

“We wanted to know the thickness of the hydrogen envelope – how deep the hydrogen goes,” said astronomer Matthew Nixon of Cambridge University. “While this is a question with multiple solutions, we’ve shown that you don’t need much hydrogen to explain all the observations together.”

The minimum amount of hydrogen was around one millionth of the planet’s mass – similar to the proportions found on Earth. And some of the scenarios allowed for a liquid ocean at habitable pressures.

It’s not conclusive proof that K2-18b is definitely habitable, but it does demonstrate that exoplanets like it could be. That means we don’t have to confine our search for habitable worlds to habitable zone rocky planets. It opens up a whole new ballgame of sloshy alien worlds.

“Future observations, for example with the James Webb Space Telescope, will have the potential to refine our findings,” the researchers wrote in their paper.

“We argue that planets such as K2-18b can indeed have the potential to approach habitable conditions and searches for biosignatures should not necessarily be restricted to smaller rocky planets.”

The research has been published in The Astrophysical Journal Letters.