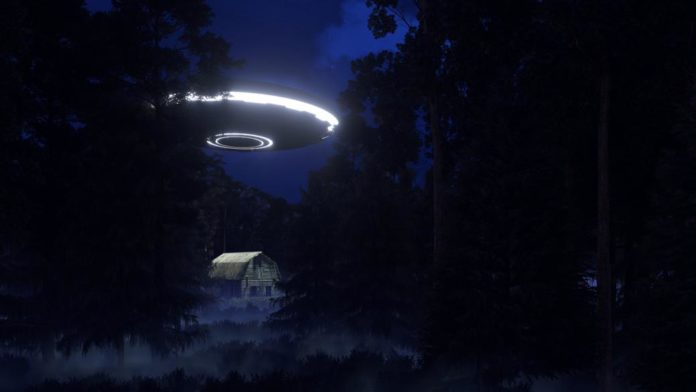 Chances are, you know someone who knows someone who claims to have seen a UFO. It goes without saying that over the years, there have been a lot of people convinced they’ve seen a flying saucer or two in the night sky. For a while, the U.S. government was on the case to officially investigate these types of reports. Welcome to Project Blue Book.

The formation of Project Blue Book coincided with the height of the UFO-spotting trend. Reports were so hot that year that President Harry S. Truman feared an outbreak of hysteria over the matter, according to HISTORY. Although Project Blue Book was an investigation by the Air Force, the CIA eventually got involved in 1953 by assembling a panel of experts to dig into the facts and ease some of the public’s concerns. The Robertson Panel — named after its leader, physicist H.P. Robertson of the California Institute of Technology — lasted for three grueling days. It included military experts, Blue Book advisors, and scientists, who were interviewed and reviewed photo and video “evidence.” By the end, the panel concluded that there was no basis for the so-called “extraterrestrial hypothesis,” UFOs do not pose a threat to us, and 90 percent of so-called UFO sightings can be explained. But because all of the panel’s information wasn’t declassified until 1979, the public was suspicious that there was a — what else? — government conspiracy at play.

On Dec. 17, 1969, the Secretary of the Air Force announced the end of Project Blue Book. Basically, the reasons for termination included a decline in UFO sightings, as well as the findings in the 1968 “Scientific Study of Unidentified Flying Objects” — better known as the Condon Report. Headed by Dr. Edward Condon at the University of Colorado, a team looked into Project Blue Book’s unidentified-sightings cases and concluded that, well, everyone is just wasting their time. The Air Force took note and shut the whole thing down. In its time, Project Blue Book investigated around 12,000 sightings or related events.

But that didn’t stop the most dedicated “ufologists” from finding their truths. And we’re not just talking about the conspiracy theorists spreading their wild alien hypotheses across the internet. Take astronomer J. Allen Hynek, for example, a former Blue Book advisor. He penned “The UFO Experience: A Scientific Inquiry” in 1972, a piece that would become his legacy. It included the Hynek Scale: a six-item list system for categorizing reports of UFO sightings and alien encounters. A year later in 1973, he created the Centre for UFO Studies.

Project Blue Book reached Many books, magazines, and even kid’s science fiction comics. It didn’t stop there, A TV Show has been introduced with the same name PROJECT BLUE BOOK on the History channel.

So, there is a lot to explore out there and that might be beyond human understanding!