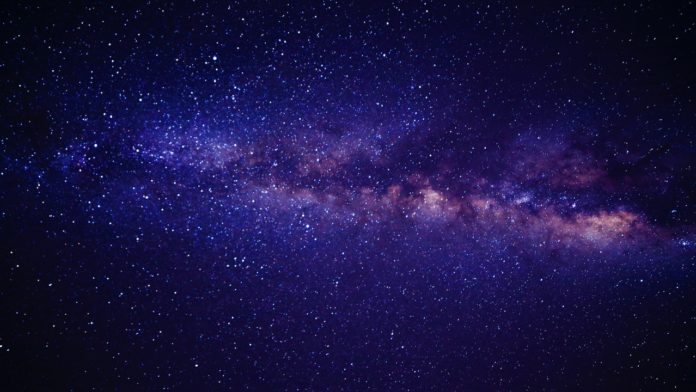 To those who do not know mathematics, it is difficult to get across a real feeling as to the beauty, the deepest beauty, of nature. If you want to learn about nature, to appreciate nature, it is necessary to understand the language that she speaks in.

It’s the kind of question you might expect to hear in a college dorm – what if the universe is a giant brain, and we’re all just neurons in it? Our mind is blown already. Especially since it turns out some scientists think that idea might not be entirely off base.

Eyes in the Dark

The weird thing about quantum mechanics, the physics of the smallest particles in the universe, is that the behavior of those particles seems to be dependent on an observer. This whole can of worms was opened with the double-slit experiment, which showed that just like teenagers, photons act differently when they are being observed. The most widely accepted explanation for this is known as the Copenhagen interpretation, which says that every particle exists in all of its possible states at once, but once that particle has been measured or otherwise observed, it “collapses” into one state. Of course, this goes against common sense and everything that we’ve assumed about physics up to that point. Jupiter doesn’t choose a position when astronomers observe it, after all.

It’s enough to make you think that the laws that work for some physical objects (like quarks) don’t apply to others. And that’s kind of been the problem of physics for the past century or so. It’s so bad that some physicists think that quantum mechanics means the end of reality. If subatomic particles don’t “choose” their reality until they’ve been observed, then what is real?

Here’s a possible solution: maybe those particles are conscious, and their “choices” aren’t just metaphor. This isn’t late-night dorm talk. It’s an old theory given new life by New York City College of Technology physics professor Greg Matloff, and what’s really incredible is that he says it can be proven with observable data. This theory, known as Panpsychism, says that perhaps there is some sort of “proto-consciousness” that permeates the universe. It wouldn’t be a brain or a mind like ours, but more like a set of physical laws that set the ground rules for brains to become conscious.

Theoretical physicist Freeman Dyson, the man who conceived of the Dyson sphere, calls panpsychism his “personal theology” and argues for it this way: “The universe shows evidence of the operations of mind on three levels. The first level is elementary physical processes, as we see them when we study atoms in the laboratory. The second level is our direct human experience of our own consciousness. The third level is the universe as a whole.”

Inside the Mind of a Star

In a truly mind-bending paper published in the Journal of Consciousness Exploration & Research, Matloff suggested one way to test for potential consciousnesses or consciousness-like phenomenon hidden behind the material world. And if the hypothesis pans out, it might explain another lingering mystery: dark matter.

Here’s the gist: There’s observational evidence that for some reason, cooler stars move faster around the center of their galaxies than their hotter counterparts. Dark matter was first suggested as a potential solution to this kind of anomalous movement, but the problem, of course, is that it’s too dark — we haven’t spotted any substantial evidence for it outside of the phenomena we’re using it to explain. But, Matloff points out, young stars have been known to shoot jets of plasma in one direction, which could give them a little boost of momentum. Why is it that just these cooler stars shoot jets of plasma? Well, Matloff points out, they’re cool enough to contain molecules. And, for complicated reasons, molecules might be where higher levels of consciousness live. To Matloff, it seems possible that it’s consciousness that leads these stars to move faster.

Obviously, we’re a long way from proving that hypothesis — if it’s provable at all. But we are already working on digging up some data that might put it in its grave or keep it in the game. The European Space Agency’s Gaia satellite is currently measuring the positions of about a billion stars When it finishes, it might show that the phenomenon of cold, fast-moving stars isn’t constrained to the center of the galaxy, and that would fly in the face of all of the current explanations for the phenomenon. And if that’s true, then maybe panpsychism can still hold water. Obviously, that would be far from conclusively proving a cosmic mind, but it would leave it as one of the few theories still on the table.

There’s a 1937 novel that keeps popping up in scientific writing on heady topics like this one: Olaf Stapledon’s “Star Maker.” The author was the first to come up with such wild cosmic ideas as Dyson spheres, a universal consciousness, and even the Prime Directive of Star Trek.

“Nobody ever figures out what life is all about, and it doesn’t matter. Explore the world. Nearly everything is really interesting if you go into it deeply enough.”