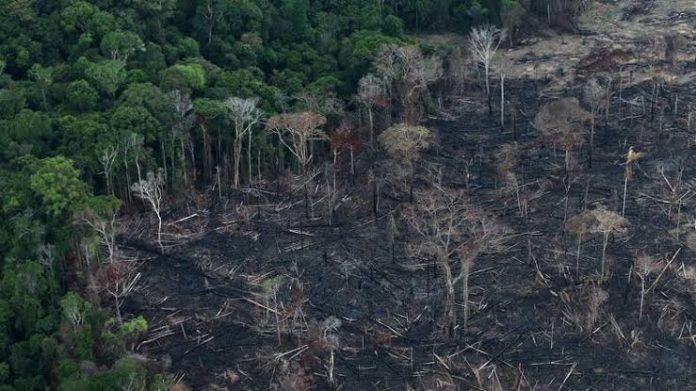 A man has died during a raid to fight illegal deforestation in the northern Brazilian state of Roraima, the country’s environment agency Ibama said.

Ibama and military police agents found illegal logging in a forest area close to the city of Rorainopolis, in Roraima state, the agency said in a statement late on Saturday.

Two men involved in the illegal logging hid in the woods and began to shoot at the policemen. In the ensuing exchange of fire, one of the illegal loggers died, the agency said.

Deaths are unusual in environmental raids in Brazil. In 2016 a policeman was shot dead by loggers in a raid in the state of Para.