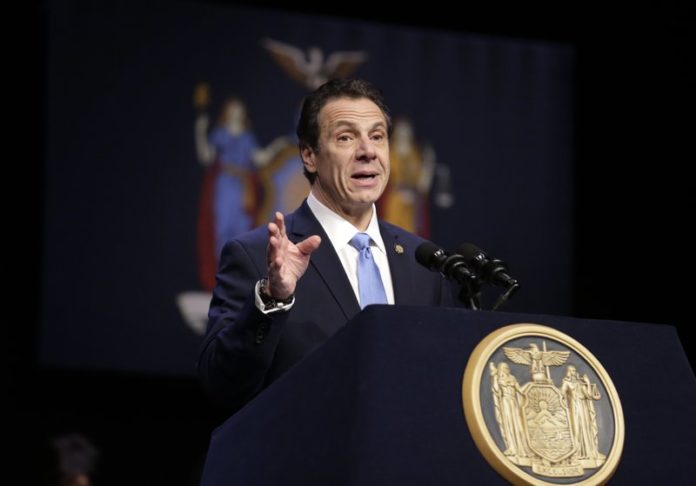 New York state will file a lawsuit challenging the Department of Homeland Security’s decision to block New Yorkers from participating in “trusted traveler programs” in retribution for a new state law that could hinder federal immigration enforcement, officials said Friday.

“It’s an abuse of power. It’s extortion. It is hurting New Yorkers to advance their political agenda. And we’re going to fight back,” Gov. Andrew Cuomo, a Democrat, said at a news conference in New York.

The lawsuit is the latest salvo in an escalating fight over immigration policy between President Donald Trump and Democratic leaders in his home state.

In December, a new state law took effect allowing New York residents to apply for driver’s licenses without having to prove they are in the U.S. legally. Part of that law also sought to protect immigrants in the country illegally who applied for the new licenses by prohibiting the state’s Department of Motor Vehicles from giving records to federal immigration agents.

On Thursday, the Department of Homeland Security retaliated, saying it would no longer allow New Yorkers to enroll, or renew their membership in, certain federal programs that make it easier for people traveling internationally to get through border security, including Global Entry.

The ouster is expected to affect at least 175,000 New Yorkers now enrolled in the programs, who will be kicked out as their permits expire, plus around 30,000 commercial truck drivers enrolled in a program that eases their crossings into the U.S. from Canada.

New York Attorney General Letitia James, who will oversee the lawsuit, called their removal from the program “political retribution, plain and simple.”

“Time and time again President Trump and his Washington enablers have gone out of their way to hurt New York and other blue states whenever they can as punishment for refusing to fall in line with their dangerous and divisive agenda,” James said in a statement.

Several other states have similar policies of allowing immigrants in the country illegally to get driver’s licenses, but New York is the only state that bans the sharing of motor vehicle records with immigration agents, Department of Homeland Security officials said.

Trump has been singling out New York in recent months for especially harsh criticism over so-called sanctuary policies for immigrants.

The president assailed New York City officials in his State of the Union address over its policy of not turning over some criminal defendants wanted for immigration violations. Immigration and Customs Enforcement also recently sent subpoenas to law enforcement in Denver and New York seeking information on immigrants they hope to deport.