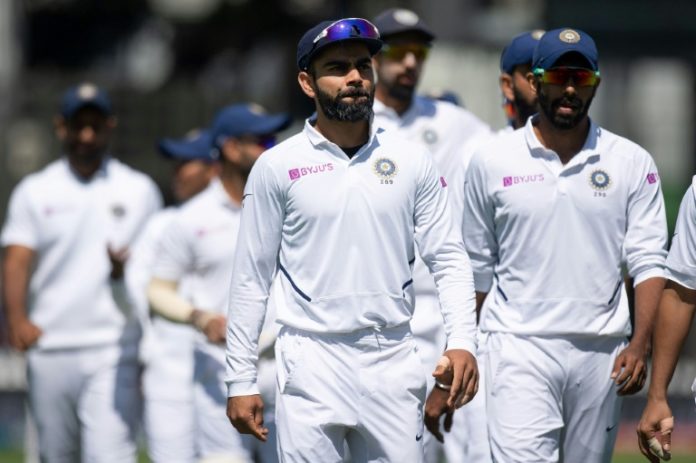 Virat Kohli refused to make excuses for India’s comprehensive loss to New Zealand in the first Test in Wellington on Monday with the skipper saying his side were simply “not good enough”.

The world’s top-ranked team crashed to a 10-wicket defeat in the first session of day four to snap a nine-Test unbeaten streak dating back to the 2018 Boxing Day Test in Melbourne.

It was also India’s first loss in eight games in the World Test Championship, although they remain at the head of the table, while New Zealand lie fifth with two wins from six matches.

Faced with a first innings deficit of 183 — after being sent in to bat first on a green wicket and on a windy, overcast day — India were rolled for 191 in the second innings leaving New Zealand a mere 10 runs for victory.

“We did not show enough competitiveness,” Kohli said as his batsmen failed in the face of New Zealand’s three-pronged seam attack of senior bowlers Tim Southee and Trent Boult, and newcomer Kyle Jamieson, who took 18 of the 20 wickets.

Man-of-the-match Southee took four for 20 on the final morning to finish with five for 61 after grabbing four wickets in the first innings.

“We let ourselves down massively in the first innings with the bat,” Kohli said.

“You could say the toss played a big role in this Test match but it’s an uncontrollable so you can’t really focus on that and take that as a massive factor.

“We don’t want to make too much of this pitch and what conditions were like. The simple truth is we did not play good enough cricket and that’s why we lost.

“Some people might want it to be the end of the world but it’s not. For us it’s a game of cricket we lost and we move on, we keep our heads high.”

New Zealand captain Kane Williamson described New Zealand’s 100th Test victory as a “special effort with the ball and some handy contributions with the bat.”

With short-ball specialist Neil Wagner unavailable, the New Zealand bowlers were forced to mix up their attack which hindered the Indian batsmen ability to settle.

“The best part of the bowling performance was their ability to put the ball into an area that creates the most opportunity for dismissals like lbws, bowled or caught behind and we saw that today with the change of lengths to create that.”

“It’s been about buying into what the team needs … and being willing to try things and look to break the momentum of the batting side,” he said.

While New Zealand bowlers made the most of home conditions in their first Test since being thrashed 3-0 in Australia, it was late order batting that made a critical difference.

Kohli believed if India had been able to post a first innings of around 240 it would have given his bowlers a better number to defend, but they had to accept they were outsmarted by the New Zealand bowlers.

“They get in the mind of the batsmen and then make the batsmen do something that they don’t want to,” he said.

“To be honest they did not give us any room even on the back foot or the front foot so we have to accept they outplayed us in this game and they bowled much better than we did.”

The second Test starts in Christchurch on Saturday.