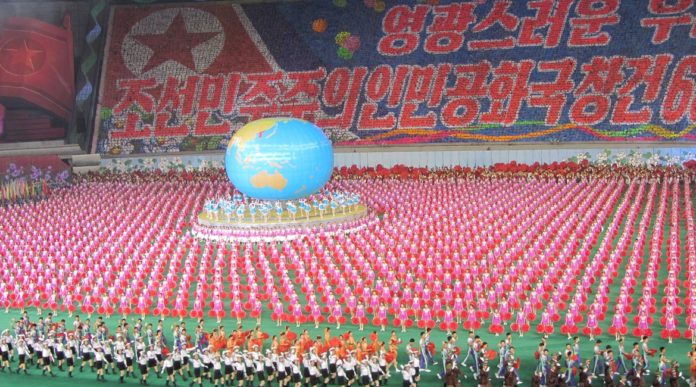 Despite North Korea’s ban on foreign tourism over coronavirus fears, the isolated nation has announced plans to stage its “Mass Games”, featuring thousands of dancers, gymnasts and singers, as soon as August, tour companies said on Tuesday.

North Korea has no confirmed virus cases, but it stopped flights and train services with its neighbors, set up month-long mandatory quarantines, suspended tourism, and imposed a near-complete lockdown on cross-border travel.

But the Mass Games announcement suggests Pyongyang hopes the crisis will ease by the summer, allowing it to cash in on foreign tourism, one of the few business areas to escape international sanctions.

The Mass Games are due to return on August 15, which is celebrated as Liberation Day on the anniversary of Japan’s defeat at the end of World War Two, Young Pioneer Tours, which runs tours to the North, said in a statement.

Despite the name, the Mass Games are large performances involving tens of thousands of dancers, gymnasts, martial artists and singers acting out familiar propaganda themes.

Another firm, Koryo Tours, quoted sources in North Korea as saying the games were expected to be held over major holidays, perhaps starting on August 15 and including October 10, the 75th anniversary of the founding of the ruling Worker’s Party of Korea.

No further details were known, and tickets are always sold on site rather than in advance, said Koryo Tours general manager Simon Cockerell.

“Tourists still can’t enter North Korea but when the virus issue dies down the border will open again,” Cockerell told Reuters. “It’s a reactive policy, so it will depend on what happens in China, basically.”

North Korea revived the Mass Games in 2018 to sell an image of international engagement and peace while raising much-needed foreign currency.

They are a major draw for tourists, most of them from China, but rights groups say the inclusion of thousands of child performers is tantamount to forced child labor, and testimony collected by defector groups describes harsh training regimes.