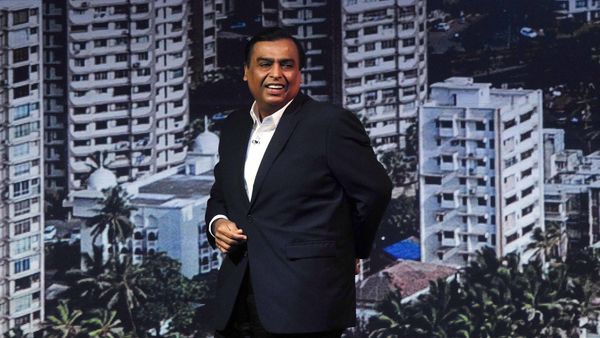 The US President and his family received a rousing welcome from an estimated 1.10 lakh people at the Motera stadium in Ahmedabad, the first day of their two-day state visit to India.

“India that he (Trump) will see in 2020 is very different from India that either President (Jimmy) Carter saw or (Bill) Clinton saw or even (Barack) Obama” witnessed when they visited the country, Ambani told the visiting Microsoft CEO Satya Nadella during an interaction at the company’s ”Future Decoded Summit” here.

Nadella is also in India for a three-day official visit this week.

Ambani said that Motera stadium is a shining example of how India is progressing ahead.

“The digital infrastructure in that stadium is better than any other place in the world. This is new India as we begin 2020,” Ambani told Nadella.

Ambani is likely to be at the CEO roundtable and lunch along with other top industry honchos in New Delhi with Trump on Tuesday.

“I have no doubt in my mind that we will be among the top three economies in the world,” Ambani told Nadella.

“The next generation will see a very different India than what you (Nadella) and I have grown up in,” he said.

“Every entrepreneur in India has the potential to become a Dhirubhai Ambani or Bill Gates,” Ambani added during a fireside chat session with Nadella.