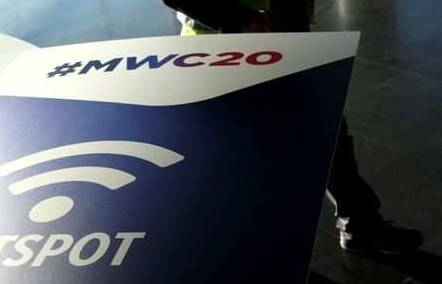 (IANS) South Korean tech giant Samsung is mulling to scale back its presence at the upcoming Mobile World Congress (MWC) in Barcelona citing concerns over the spread of novel coronavirus.

According to a recent report in the CNET, Samsung is scaling back its plans to attend the wireless extravaganza, with many executives canceling their trips.

The company is still “considering” its options and might change its approach again, the sources said, but it might not have nearly as much beyond its usual booth.

“The rapidly changing conditions surrounding the coronavirus could cause Samsung”s plans to change again,” the report added quoting people familiar with the matter.

Japanese electronics giant Sony also joined in to announce on Monday that it was withdrawing from MWC over coronavirus outbreak.

“As we place the utmost importance on the safety and wellbeing of our customers, partners, media and employees, we have taken the difficult decision to withdraw from exhibiting and participating at MWC 2020 in Barcelona, Spain,” Sony said in a statement.

This comes at a time when e-commerce giant Amazon has also confirmed that it was pulling out of the MWC.

Meanwhile, global smartphone production in the first quarter of the year may drop to a five-year low due to the novel coronavirus outbreak, market researcher TrendForce said on Monday.

TrendForce said it expects global smartphone production in the first quarter to decline 12 per cent year-on-year to 275 million units following the coronavirus outbreak that has killed more than 900 people in China.

Among the top six smartphone vendors, No. 1 player Samsung Electronics Company was expected to produce 71.5 million smartphones in the first quarter, a 3 per cent fall from its initial forecast, according to TrendForce.

However, Samsung was projected to suffer less damage from the virus outbreak than other manufacturers since the South Korean tech giant”s main production base is in Vietnam, TrendForce said, adding that the company”s smartphones account for only 2 per cent of the domestic market in China.

Huawei Technologies Co., the world”s No. 2 smartphone producer, was expected to produce 42.5 million smartphones in the first quarter, down 15 per cent from TrendForce”s previous forecast, while Apple Inc. was projected to see its production going down from 45.5 million to 41 million units over the same period.