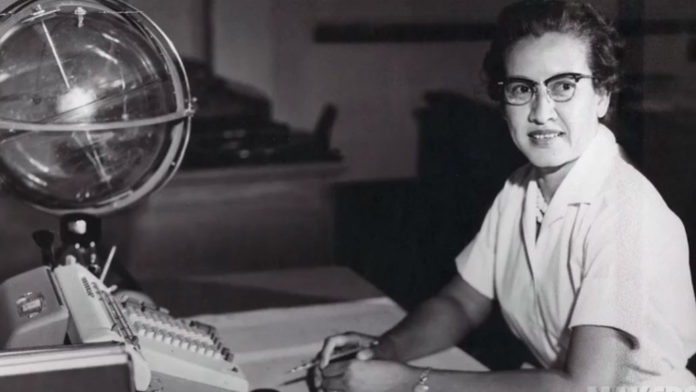 (IANS) Katherine Johnson, a woman mathematician who was one of NASA”s human “computers” and inspiration for the acclaimed movie “Hidden Figures”, passed away on Monday. She was 101.

Johnson calculated the flight path for the first space mission of the US and the first moon landing.

In a statement, NASA Administrator James Bridenstine said: “Our NASA family is sad to learn the news that Katherine Johnson passed away this morning at 101 years old. She was an American hero and her pioneering legacy will never be forgotten.”

Born in White Sulphur Springs, West Virginia, in 1918, her intense curiosity and brilliance with numbers vaulted her ahead several grades in school.

By 13, she was attending the high school on the campus of historically black West Virginia State College.

At 18, she enrolled in the college itself, where she made quick work of the school”s math curriculum and found a mentor in math professor W.W. Schieffelin Claytor, the third African American to earn a PhD in mathematics.

She graduated with highest honours in 1937 and took a job teaching at a black public school in Virginia.

The 1957 launch of the Soviet satellite Sputnik changed history – and Johnson”s life.

Engineers from those groups formed the core of the Space Task Group, the NACA”s first official foray into space travel.

Johnson, who had worked with many of them since coming to Langley, “came along with the programme” as the National Advisory Committee for Aeronautics (NACA) became NASA later that year.

“I counted everything. I counted the steps to the road, the steps up to church, the number of dishes and silverware I washed a anything that could be counted, I did,” said Johnson, recipient of the 2015 National Medal of Freedom.

Asked to name her greatest contribution to space exploration, Johnson would talk about the calculations that helped synch Project Apollo”s Lunar Module with the lunar-orbiting Command and Service Module.

She also worked on the Space Shuttle and the Earth Resources Satellite (later renamed Landsat) and authored or coauthored 26 research reports.

“I loved going to work every single day,” she said.

In 2015, at age 97, Johnson added another extraordinary achievement to her long list: President Barack Obama awarded her the Presidential Medal of Freedom, America”s highest civilian honour.