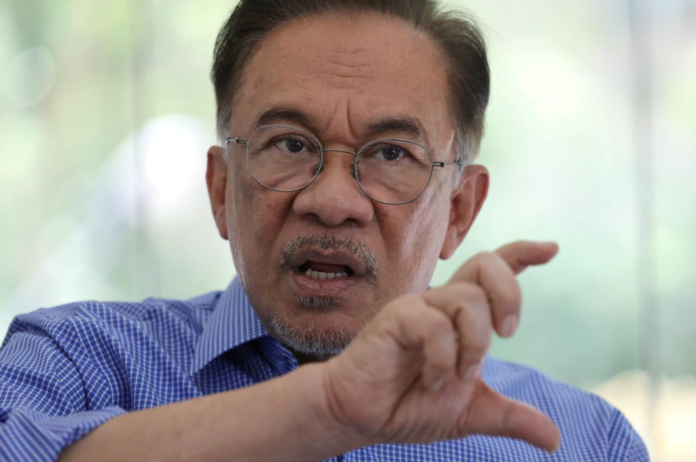 The fate of Malaysia’s ruling coalition hung in doubt on Monday, after surprise weekend talks between Prime Minister Mahathir Mohamad’s party and other groups on forming a new government that would exclude his anointed successor Anwar Ibrahim.

The tussle between old rivals Mahathir, 94, and Anwar, 72, has shaped Malaysian politics for decades and tension has persisted, despite their alliance to win 2018 elections based on a promise that Mahathir would one day cede power to Anwar.

Hit by the uncertainty, stocks fell more than two percent to their lowest since 2011 after Monday’s opening.

On Sunday, Anwar accused Mahathir’s party and “traitors” in his own party of plotting to form a new government with the United Malays National Organisation (UMNO), the former ruling party ousted in 2018 amid widespread corruption accusations.

Sources said Mahathir’s party and a faction within Anwar’s party met officials from UMNO and the Islamist party PAS in efforts to form a new coalition and possibly back Mahathir to serve out a full five-year term as prime minister.

One source said the new grouping had more than the 112 members needed for a parliamentary majority, should they stake a claim to form a government.

“In terms of numbers, the new coalition has more than enough,” the source added.

Holding fresh elections was an option, said two of the sources.

All the sources sought anonymity because they were not authorized to discuss private discussions with the media.

Mahathir’s party, the opposition UMNO, the Islamist PAS and Anwar’s party faction did not immediately respond to requests for comment.

Mahathir’s party, UMNO and PAS met the king on Sunday, media said, though it was not immediately clear what they discussed, and whether the new proposed coalition would secure backing from the king, who plays a largely ceremonial role in Malaysia.

The king can dissolve parliament on the advice of the prime minister and his assent is required for the appointment of a prime minister or senior officials.

But it is unclear what his role would be if the ruling coalition changed without a change in prime minister.

Anwar was due to meet the king at 0630 GMT on Monday, his spokesman said, but gave no details of what he would seek.

Also set to meet Mahathir, sources said, were Anwar and Finance Minister Lim Guan Eng, leader of the Democratic Action Party, dominated by ethnic Chinese, which is the second-biggest group in the current coalition.

Anwar and Mahathir united ahead of the 2018 election to drive out the UMNO-dominated Barisan Nasional coalition that had ruled the Southeast Asian country for six decades in a surprise victory.

But tension between the two in their Pakatan Harapan (Alliance of Hope) coalition had been growing, as Mahathir resisted setting a specific timetable for keeping his promise to hand power to Anwar.

The coalition’s political fortunes have been waning with defeat in five recent by-elections. Last month, Mahathir warned the coalition might be a single-term government if it did not make changes and stop infighting.

Anwar was Mahathir’s deputy when the latter was prime minister during his first stint from 1981 to 2003. But Mahathir sacked him in 1998 after they disagreed over how to handle the financial crisis.

Soon after Anwar was jailed for sodomy, charges he says were trumped up. He spent close to 10 years in jail on two sentences for sodomy, which is illegal in Muslim-majority Malaysia.

The developments come as the economy grew at its slowest pace in a decade in the fourth quarter. On Thursday, the government is to announce a stimulus package to alleviate the impact of a virus outbreak.