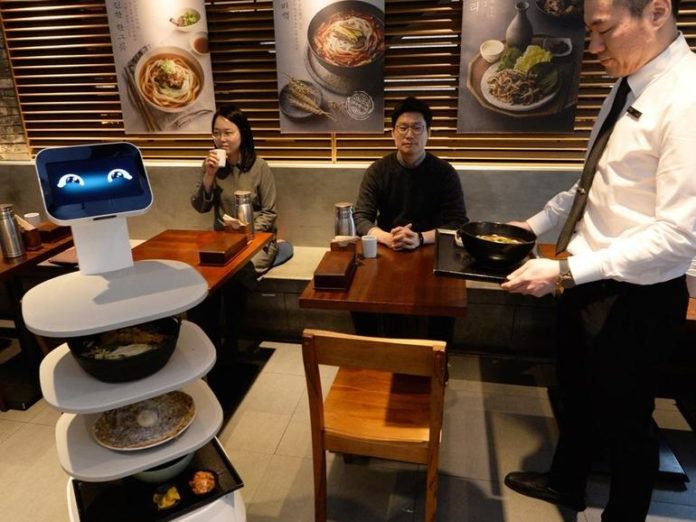 (IANS) LG Electronics has deployed a service robot that carries food to tables at a restaurant here. Named “Cloi ServeBot”, the service robot can carry and deliver up to four food trays to customers autonomously while avoiding obstacles.

It can also return to collect trays and bring them back to the kitchen after customers have finished their meals, ZDNet reported on Monday.

According to the South Korean tech major, the service robot is useful for carrying foods that are too hot or when people have to load heavy trays.

The first unit is operating at CJ Foodville”s Cheiljemyunso restaurant, a noodle franchise, in downtown Seoul, the report added.

Earlier in November, they deployed a noodle-making robot at CJ”s separate buffet chain.

In a similar effort, they also deployed care-giving robots at Seoul National University Hospital to assist in the care of children in intensive units.