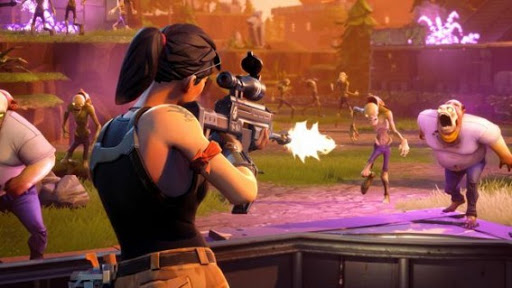 (IANS) In great news for gamers, daily exercise in the gym or park will boost your performance levels while playing Fortnite or League of Legends (LoL), regardless of fitness levels and emotional response to exercise, researchers have found.

Researchers were surprised that most participants in the first-of-its-kind study benefited from the effects of exercise as video gamers.

“It was striking to see that those participants who were not in exceptionally good shape or were not particularly crazy about exercise also improved their video game skill level after the single bout of exercise,” said neuroscientist Dr. Marc Roig from the School of Physical and Occupational Therapy at McGill University.

“Video gamers could potentially integrate exercise into their training routines not only to enhance their video game performance but also to benefit from the well-known effects of exercise on physical and cognitive health,” Roig said in a paper published in the journal Medicine & Science in Sports & Exercise.

The researchers showed that as little as 15 minutes of intense cardiovascular exercise, performed immediately before playing a video game, improved the performance of the popular online video game “League of Legends” (LoL).

A group of young individuals were asked to either perform intense cardiovascular exercise or rest, immediately before playing the same customized mission in LoL.

Their performance in the video game was observed and documented and found to improve after exercise in comparison with rest.

The results challenge the earlier view that video gaming and physical activity are antagonistic activities.

“It would also be interesting to look into potential underlying mechanisms and whether multiple exercise sessions would have summative effects on video gaming skills,” the authors wrote.

The latest statistics show that there are 2.3 billion video game players in the world and this number is expected to increase to 2.7 billion by 2021.

Online video game platforms such as League of Legends or Fortnite have 67 and 78.3 million players monthly, respectively.

Several studies have shown that increased screen time, including video gaming, is associated with low levels of physical activity and that video gamers who exceed screen-time limits are at greater risk of experiencing health issues associated to physical inactivity.

“It was surprising that most participants benefited from the effects of exercise regardless of their fitness level and their emotional response to exercise,” noted Roig.

Dr Roig said that one of the main challenges of the study was to create a video game task that was close enough to real video gaming but that also allowed the researchers to measure the performance of players reliably.

The research group is thinking about partnering with a company to create a video game platform for research purposes.

“The idea would be to create a video game that could be used to study the effects of different interventions (e.g. exercise) on different cognitive and motor skills,” the authors wrote.