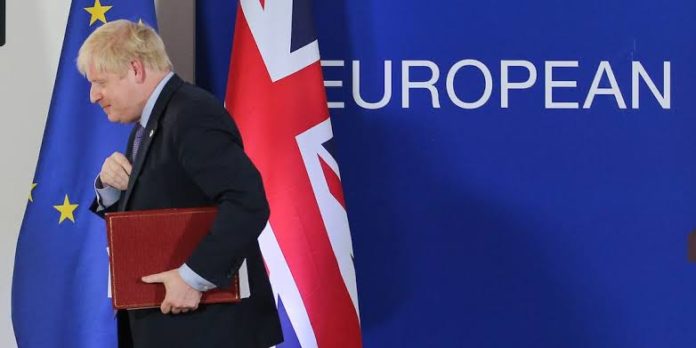 Irish Republican Army dissidents planted a bomb on a truck that was intended to explode on the day Britain left the European Union last week, police in Northern Ireland said Thursday.

The Police Service of Northern Ireland said a Belfast newspaper had received a call Friday — Brexit day — saying there was a bomb on a truck at Belfast docks. The caller said the truck was headed for a ferry to Scotland.

Despite a search, nothing was found.

On Monday, another call was made to the same newspaper with new information. After a search lasting into the next day, police found a bomb aboard a truck at an industrial park in the Northern Ireland town of Lurgan.

Police assistant chief constable George Clarke said the caller said “the intention had been for that device to explode on Friday evening at around the time the United Kingdom left the European Union.”

The bombers appear to have picked the wrong truck, because the explosives-laden vehicle remained at a haulage company’s yard in Lurgan until it was discovered.

Police said they believed the bomb plot was the work of a group known as the Continuity IRA.

Detectives said they want to speak to anyone who noticed suspicious activity in the area on Friday.

“Once that device had left that yard, if it had … it was exposing people on the public road, at a busy time, and at busy places, to huge levels of risk,” Clarke said. “These people are absolutely callous and reckless in what they have done.”

More than 3,700 people died during decades of violence before Northern Ireland’s 1998 peace accord. Most militants have renounced violence, but small groups of IRA dissidents continue to carry out occasional bombings and shootings.

The violent dissidents were emboldened by several years of political drift in Northern Ireland, whose power-sharing government was suspended between January 2017 and last month — and by uncertainty about the future of the currently invisible border between the U.K.’s Northern Ireland and EU member Ireland after Brexit.