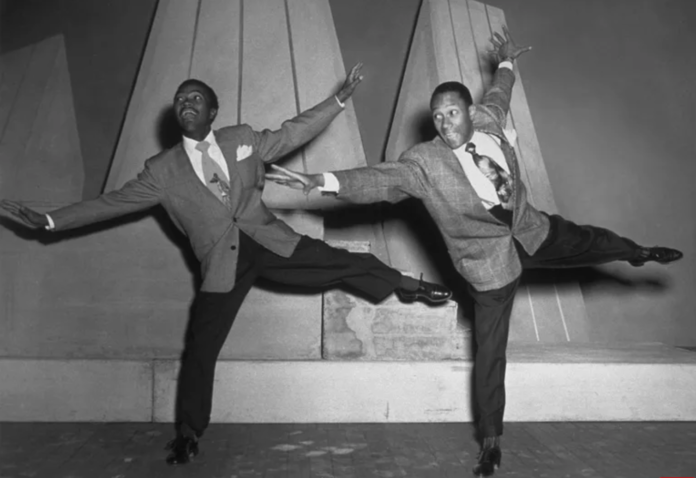 Tap dancing is one of the most rewarding forms of dance to both the eyes and ears. The rapid foot movements, combined with the rhythmic sounds created by the dancer are unparalleled in any other form of dance. The history of tap is filled with interesting facts, including these five:

1. An early form of tap dance was popular in the early 19th century among African-American slaves. They used the dance to maintain their history of rhythms and beats passed down through generations. The slaves used their feet because they weren’t allowed to freely play drums or other instruments from Africa.

2. Prior to metal taps being used, the dance was performed with wooden clogs on leather shoes.

3. In the 1920’s and 1930’s the metal taps became popular. During that same time, African-American dancers expanded the art to become more acrobatic, and energetic. Tap dancing at this time expanded from solo performances to often being highly orchestrated teams of dancers.

The Nicholas brothers were two of the most famous dancers to emerge during this period. Their skills amazed audiences, and earned them a role in the movie Stormy Weather. The movie was one of the first to feature a predominately African-American cast.

Fred Astaire was quoted as saying that the Nicholas brother’s performance in Stormy Weather was the greatest movie musical number he had ever seen.

4. In the 1930’s and 1940’s tap dance reached a wider audience when it made a big splash in Hollywood. Famous dancers like Fred Astaire and Ray Bolger impressed audiences around the world with their musical feet.

5. In the 1950’s, Gene Kelley increased the popularity of tap dancing by combining movements from other styles of dance with his tap dancing skills.

The Beat Goes On

Tap dancing is still a popular style of dance practiced and studied around the world. The musical sound and the fast footwork continue to capture the attention of adults and children all over the world. The sound of the tap dancing techniques of rush, flap, shuffle, ball change, and cramp roll, will continue to live on as one the greatest dance varieties enjoyed anywhere.