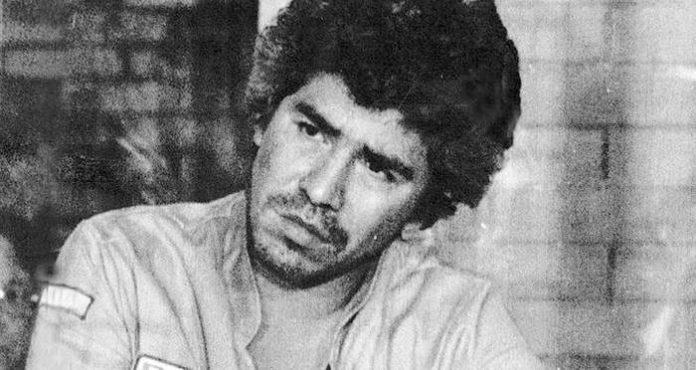 Having formed the Guadalajara Cartel in the 1970s, Caro Quintero worked with Gallardo, Ernesto Fonseca Carrillo, and Pedro Avilés Pérez by shipping large quantities of marijuana to the United States from Mexico. He was responsible for the kidnapping and murder of the U.S. Drug Enforcement Administration (DEA) agent Enrique “Kiki” Camarena, Camarena’s pilot Alfredo Zavala Avelar, the American writer John Clay Walker, and dentistry student Alberto Radelat in 1985. After the murders, Caro Quintero fled to Costa Rica but was later arrested and extradited back to Mexico, where he was sentenced to 40-years in prison for murder. Following his arrest, the Guadalajara Cartel disintegrated, and its leaders were incorporated into the Tijuana Cartel, Sinaloa Cartel, and Juárez Cartel.

Caro Quintero was freed from jail on August 9, 2013, after a state court concluded that he had been tried improperly. However, amid pressure from the federal government of the United States to re-arrest him, a Mexican federal court issued an arrest warrant against Caro Quintero on August 14. He remains at large, as a wanted fugitive in Mexico, the United States, and several other countries. The United States is offering a $20 million bounty for his arrest.

Rafael Caro Quintero was born in the community of La Noria, Badiraguato, Sinaloa, on October 3, 1952. His parents, Emilio Caro Payán and Hermelinda Quintero, had twelve children; he was the oldest son. His father worked in agriculture and grazing, and died when Caro Quintero was 14 years old. With his father’s absence, he worked to take care of his family alongside his mother.

At the age of 16, he left La Noria and settled in Caborca, Sonora, where he worked in livestock grazing. Two years later, he worked as a truck driver in Sinaloa. He also worked at a bean and corn plantation in Sinaloa before deciding to leave his home state to join the drug trade altogether in the neighboring state of Chihuahua.

When he was a teenager, Caro Quintero allegedly began to grow marijuana on a low scale, at the ranch owned by his brother Jorge Luis. In less than five years, Caro Quintero managed to buy several other ranches in the surrounding areas and began to amass a fortune.

He is said to have first worked for the drug traffickers Pedro Avilés Pérez and Ernesto Fonseca Carrillo before forming the Guadalajara Cartel with Miguel Ángel Félix Gallardo, Juan José Esparragoza Moreno, and others in the late 1970s. He has been cited as a pioneer of the drug trade in Mexico and has been described as one of the preeminent drug traffickers of his generation.

Allegations of involvement in murders

Caro Quintero has been accused of ordering the abduction, torture, and murder of writer John Clay Walker and dentistry student Albert Radelat on January 30, 1985. According to the allegations, the two Americans were dining in a Guadalajara restaurant when they encountered Caro Quintero and his men as they accidentally walked into one of Caro Quintero’s private parties.

Caro Quintero is alleged to have then ordered his men to seize the Americans and take them to a store room, where they were tortured with ice picks and interrogated. John Walker died on the scene from blunt force trauma to the head. Albert Radelat was still alive when he was wrapped in tablecloths, taken to a park near the city, and buried. The men’s bodies were found six months later buried at the San Isidro Mazatepec Park in Zapopan. The authorities believe that Caro Quintero had mistaken Walker and Radelat for U.S. undercover agents.

Caro Quintero has also been accused of involvement in the murder of US Drug Enforcement Administration (DEA) agent Enrique “Kiki” Camarena Salazar. In November 1984, the Mexican authorities raided a 1,000 hectares (2,500 acres) ranch known as El Búfalo in the state of Chihuahua, owned by Caro Quintero. The authorities reportedly burned more than 10,000 tons of marijuana – totaling a loss of around $160 million. Camarena, who had been working undercover in Mexico, was said to be responsible for leading the authorities to the ranch. This allegedly prompted Caro Quintero and other high-ranking members of the Guadalajara Cartel to seek revenge against the DEA and Camarena.

In retribution, Camarena and his pilot Alfredo Zavala Avelar were kidnapped in Guadalajara on February 7, 1985, brutally tortured, and murdered. Caro Quintero then left Mexico on March 9, 1985 with his associates and his girlfriend Sara Cristina Cosío Gaona. Former Mexican Judicial Police chief Armando Pavón Reyes, after receiving a $300,000 bribe, reportedly allowed Caro Quintero to flee from the airport in Guadalajara, in a private jet, to seek refuge in Costa Rica. The police chief was fired shortly afterward, and was charged with bribery and complicity in the Camarena murder.

Locals from Badiraguato, Sinaloa, Caro Quintero’s hometown, recall that Caro Quintero was a benefactor in the area in the 1980s. The town’s mayor, Ángel Robles Bañuelos, said in a 2013 interview that Caro Quintero financed the construction of a 40-kilometre-long (25 mi) highway in Badiraguato and helped electrify the area. The mayor recalled that before the highway was built, it would take days for people to travel in and out of Badiraguato.