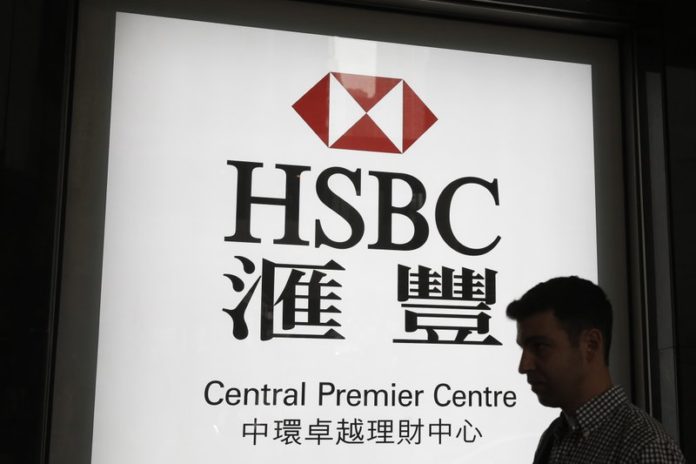 London-based HSBC, whose profit is mainly from Asia, said Tuesday that it plans to revamp its U.S. and European business and shed $100 billion in assets to improve its profitability.

The bank said the virus outbreak that began in China has caused a “significant disruption” for its staff, suppliers and customers, especially in the Chinese mainland and in Hong Kong.

“Depending on how the situation develops, there is the potential for any associated economic slowdown to impact our expected credit losses in Hong Kong and mainland China,” the bank said in a statement. “Longer term, it is also possible that we may see revenue reductions from lower lending and transaction volumes, and further credit losses stemming from disruption to customer supply chains. We continue to monitor the situation closely,” it said.

The bank has been carrying out a corporate overhaul designed to boost profitability by focusing on high-growth markets in Asia while shedding businesses and workers in other countries.

“Our immediate aims are to increase returns, create the capacity to invest in the future, and build a platform for sustainable growth,” the bank’s group CEO, Noel Quinn, said in the statement.

The bank said it would shrink its sales and trading and equity research in Europe and shift resources to Asia. In the U.S., HSBC plans to grow its international-client corporate banking business.