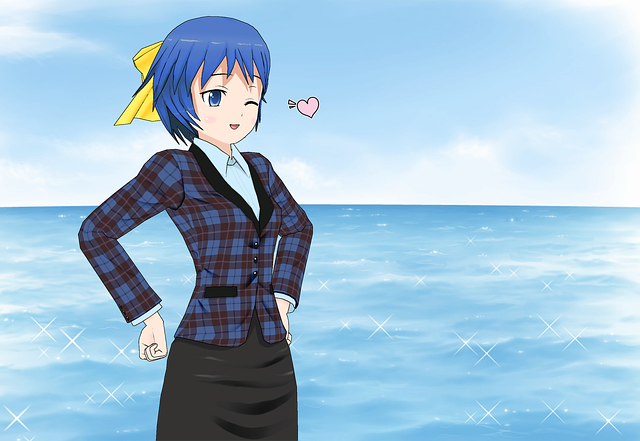 Animated cartoons are successful in large part because of their ability to create an emotional connection between the viewers and the cartoon characters. The personalities, faults, and quirks that these cartoons weave into their characters make those characters winsome and engaging. In the hands of a skilled animator, even machines, animals, and household objects become characters with whom viewers can connect. There are many reasons that animated cartoons are so effective at bringing characters to life. Following are a few of these reasons.

To stream these animation and cartoon people pick kiss cartoon kind of sites that are not the right choice in the present world. So, try to use netflix, prime and other sources

For instance, in some cases, soft, curved lines may be used to represent the gentleness (or even weakness) of a character. Small background details may give clues to the character’s personality. Other details, such as the shape of the body or the type of clothing the character wears can provide further information regarding their personality. With these physical clues in place, the animated cartoon character springs to life before they ever speak a word or take a step onscreen.

Animated cartoons create an emotional connection with the viewer.

Cartoon production often creates human or almost-human characters who appeal to audiences because they look like the audience. However, animated cartoons also often bring non-human characters to life (consider Simba from The Lion King and the candlestick Lumiere from Beauty and the Beast).

The reason that animated cartoons are such an effective medium for bringing characters of all kinds to life is that they possess a unique ability to highlight the qualities that those characters have in common with the viewer. The character design underlying these creations makes them so believable that viewers find themselves connecting at an emotional level with the animated cartoons.

One reason for this emotional connection is the cartoon studio’s ability to express the characters’ humanity through their appearance and actions. At times, this means imbuing a character (even a non-human one) with certain human features. In addition, animated cartoons often have facial expressions that convey human emotions. Take, for instance, Simba in The Lion King. He is carefully crafted to reveal mischievousness, surprise, sadness, and anger, all skillfully written into his lion-like features. The result is a character that displays human qualities and emotions that resonate with the audience.

Animated cartoons are capable of dealing with adult themes.

Another way in which animated cartoons bring characters to life is by transcending exclusively child-focused themes in order to embrace the whole realm of thought and action experienced by the adult viewer. Of course, some cartoons are directed at children and therefore possess those appearances and deal with those themes that are suitable for their young audiences. However, many other animated cartoons skillfully incorporate violence, use adult humor (such as The Simpsons), or tackle modern-day issues (such as South Park). In addition, these types of cartoons are able to put forth characters who accurately represent the wide variety of personalities present in the real world.

This ability of cartoons to capture a variety of personalities, emotions, and themes also allows the cartoon animation partner to tailor the project to the needs of the target audience. By doing so, the animator allows the cartoon to resonate with viewers in a way that adds to its realism and power, whether the goal is to target potential customers, entertain executives, or create education animation.

Finally, animated cartoons bring characters to life through the use of exaggeration. Realism and exaggeration must be carefully balanced by the cartoon studio. On the one hand, the features and emotions of each character must be realistic enough to connect with the viewer. On the other hand, they must be exaggerated enough to provide the entertainment factor that makes cartoons such a popular medium for everything from feature length films to advertising animation.

One area in which exaggeration is put to good use in animated cartoons is in the actions and facial expressions of the characters. These exaggerations, when done properly, accurately capture how the body looks when the actions and feelings are registering in a real person, while exaggerating these appearances to the extreme. For instance, a look of surprise would include huge eyes and a grossly dropped jaw instead of the more subtle appearances that actually occur in real life.

Animated cartoons are a rich and entertaining way to bring characters to life. Through their ability to convey the characters’ humanity, connect emotionally with the viewer, deal with adult themes, and skillfully use exaggeration, they provide a way to connect with almost any audience.