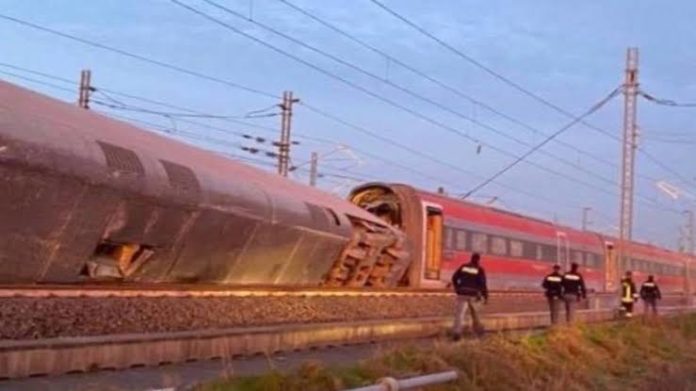 Civil Protection chief Angelo Borrelli has told state radio that the state-railway train went off the rails, striking another train on adjacent tracks in the countryside near the town of Lodi. He says one of the dead was a train engineer.

Rai state TV says the other train involved is a freight train.

Borrelli said the high-speed state railways train had departed from Milan at 5:10 a.m. (0410 GMT) and was headed south to Bologna when it derailed. Borrelli said two of the injured were in serious condition, while the other 25 were less seriously injured.

The passenger train run is part of a popular high-speed rail service known as Freccia Rossa, or Red Arrow service Borrelli says the train was traveling at 298 kph (about 180 kph) when it derailed, smashing into the other train.

The cause of the crash is under investigation.

It wasn’t immediately clear which of two trains the dead railway workers were aboard.