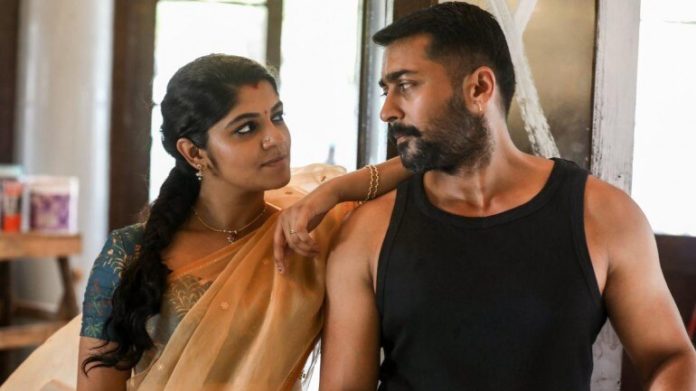 Directed by Sudha Kongara and featuring South superstar Suriya, the film is based on the life of Air Deccan founder G R Gopinath.

“We have finished a Tamil film called ‘Soorarai Pottru’. We launched a song, where we took a whole airplane. It is the story of a farmer, who makes India’s first low-cost airline to make common man fly. This is my first major big film,” Guneet, told PTI.

The producer said she is always looking to “diversify” and “opening new channels” as a creative person. She added that Hindi version of “Soorarai Pottru” is already in the pipeline.

“We will do the Hindi remake of ‘Soorarai Pottru’. We are working on it, so it is still too early to say whether we will go with the same cast and crew or not.”

Produced by Suriya and Guneet, under their respective banners 2D Entertainment and Sikhya Entertainment, the film is scheduled for release on 9 April.

Guneet is the founder of Sikhya Entertainment, a boutique film production house, which has produced notable films like “Gangs of Wasseypur”, “Peddlers”, “The Lunchbox”, “Masaan” and “Zubaan”, among others.