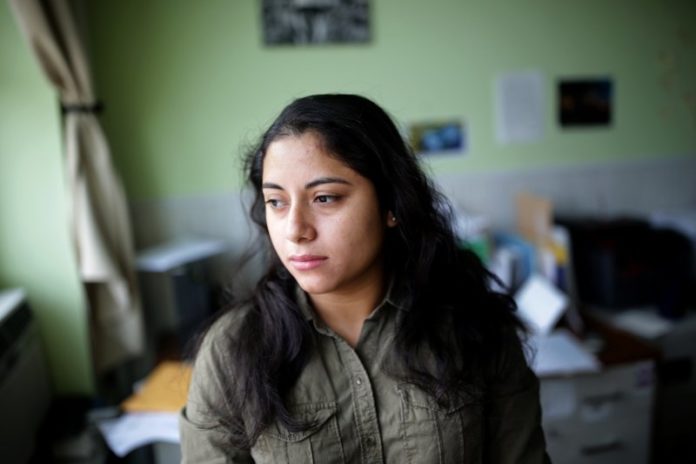 A Guatemalan family seeking asylum has been reunited in Massachusetts after challenging their separation under the Trump administration’s controversial “Remain in Mexico” asylum process.

“I feel tremendous happiness,” said Morales said in a statement provided by the ACLU, which also posted a brief video of the family’s emotional reunion. “I am very happy to be with my wife and my daughters, and I feel safe because I am in a safe country with all of my family. This is a great blessing that God has made possible.”

The civil rights group said the reunification happened after the federal government agreed to settle a lawsuit it had filed in Boston federal court on the family’s behalf. The ACLU said it will be seeking to dismiss the case.

The family is among nearly 60,000 asylum-seekers who have been sent back to Mexico as a result of President Donald Trump’s Remain in Mexico policy, which took effect in January 2019. American authorities have lauded the program, saying it’s helped to significantly reduce illegal border crossings.

The family had fled Guatemala last year after Morales said he was was shot four times. But the family split up just before crossing the border to seek asylum.

Constanza and her two daughters were allowed to enter the U.S. to await the outcome of their asylum claim, but Morales and their 9-year-old son were returned to Mexico to wait out their case there.

The civil rights group said it is illegal to send people back to countries where they will be persecuted or tortured, and that migrants fearing for their safety have the right to see an immigration judge before they’re turned away.

The ACLU said Morales and his son’s time living near the border in Mexico was “extremely perilous.” The pair lived “mostly in hiding” after surviving an attempted kidnapping and going hungry because it was too dangerous to go out to buy food, it said.

“This reunion is bittersweet because this family never should have had to endure this separation and heartbreak,” Susan Church, Constanza’s immigration lawyer, said in a statement provided by the ACLU. “Although we are overjoyed to see them reunited, many more people are still suffering under this dangerous asylum ban.”

Formally known as the Migrant Protection Protocols, the policy requires asylum seekers from certain Spanish-speaking nations, including Guatemala, to wait out the U.S. immigration court process in Mexico.

The family’s suit is among a handful that have sought to challenge the new asylum policy.

The ACLU and other groups also sued last year in San Francisco federal court on behalf of 11 migrants. An appeals court panel heard arguments in the case in October but has yet to rule.