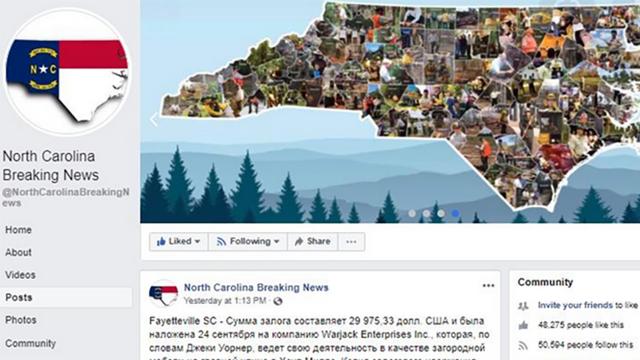 (IANS) Social media giant Facebook is reportedly planning to remove a page that has been posting false stories about North Carolina.

According to Winston-Salem police, “North Carolina Breaking News” is sharing untrue stories about their department, myfox8.com reported on Tuesday.

After finding the false posts, they reached out to administrators of the “North Carolina Breaking News” Facebook page and the admins responded them in Russian.

Recently, Facebook removed three networks of accounts, pages and groups for engaging in foreign or government interference on Facebook and Instagram that originated in Russia, Iran, Vietnam and Myanmar.

The first operation originated in Russia and primarily targeted Ukraine and its neighbouring countries and the second originated in Iran and focused mainly on the US.