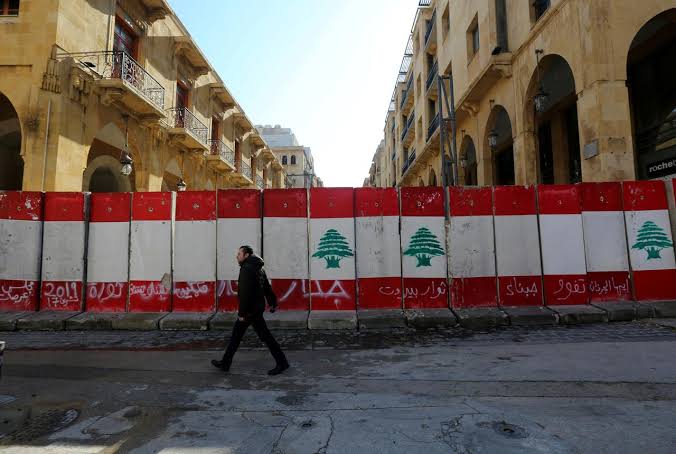 Lebanon’s new government will look to reduce interest rates and recapitalise banks as part of a broad plan that includes taking “painful” steps to escape a deep financial crisis, according to a draft policy statement seen by Reuters.

The 17-page statement, which may still be amended, will form the basis of a confidence vote in parliament. It was agreed on Saturday by a cabinet committee that will meet again on Monday to give it final approval.

Prime Minister Hassan Diab’s cabinet was formed with the backing of the powerful Hezbollah group and its allies on Jan. 21, nearly three months after the previous one was toppled by sweeping protests against an elite seen as corrupt and wasteful.

Diab must contend with dire financial strains including a dollar shortage that has shattered confidence in banks and prompted them to impose tight withdrawal limits, a sharp fall in the currency, and rising prices.

The policy plan said the banking system could be stabilised by recapitalising banks and dealing with a growing number of non-performing loans, though it did not specify how.

It urged quick action to avoid a “total collapse that will be difficult, if not nearly impossible, to get out of”. It said the steps would be painful but that Lebanese would “come to know one day that it was necessary”.

The policy proposals, which carried timeframes of between 100 days and three years, also called on international partners to help.

The plan envisaged international donors providing soft loans and helping meet the treasury’s financing needs, though it did not name any institutions or say how much was required. It said Beirut would “intensify communications” with friendly Arab states and countries that have expressed support.

International donors pledged about $11 billion at a Paris conference in 2018 but have withheld the money until Lebanon commits to reforms aimed at cutting government waste.

The statement said that no rescue plan would succeed unless interest rates were slashed on loans and deposits in order to “revitalise the economy and lower the cost of debt”.

Lebanon is bogged down by one of the world’s highest levels of public debt. It must soon decide how it will repay a $1.2 billion Eurobond maturing in March.

The statement also said the cabinet would fast-track a national strategy to stamp out corruption, and that banking secrecy and immunity would be scrapped for everyone in the public sector.

It also said illegal transfers of funds abroad since unrest erupted on Oct. 17 would be investigated.

Other proposals included expediting a second licensing round for oil and gas exploration, appointing a new regulator for Lebanon’s notoriously wasteful electricity sector, and raising tax revenues with better collection and a progressive income tax.