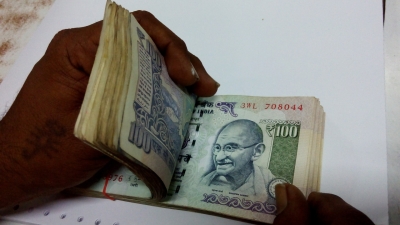 (IANS) In yet another move towards fuller capital account convertibility, the government proposes to throw open the doors for Indian companies to directly list their shares abroad and access a larger pool of capital.

Necessary regulations allowing direct overseas listing by Indian entity is expected by the first quarter of next financial year after amendments to company act and FEMA regulations are passed during the ongoing budget session of parliament, official sources privy to the development told IANS.

Indian companies are allowed to raise capital abroad through the depository receipts (ADR and GDR). But with this window increasingly becoming unpopular, Centre and market regulator Securities and Exchange Board of India (SEBI) are exploring at other ways to mobilise capital for the corporate and provide larger play for overseas investors in the country.

“The move is also expected to prevent Indian companies to register in other markets such as London, Singapore for raising capital and going global. They can very well do so while remaining a purely Indian entity,” said a market analyst who did not wish to be named.

The debate over direct listing has been going in the government and among regulators for few years now, discussions have reached a stage of finality and time is considered right to give a go ahead to the move.

Though direct listing is expected to benefit all companies looking to raise capital but wants to test waters in more mature and stable markets abroad, it is likely to be lapped by start-ups and companies in the technology space who are always looking at raising g capital from the market. The measure could also allow companies to offer an easier exit route to existing investors as well.

The permission, however, will be not without any safeguards and government is likely to go by the suggestions given by a SEBI panel in 2018 for permitting direct listing. It had suggested 10 overseas jurisdictions including the US, the UK, China, Japan, South Korea, and Hong Kong for lusting by Indian companies. The selection was based as these jurisdictions

are part of the Financial Action Task Force, the global anti-money laundering group, and the International Organisation of Securities Commissions (IOSCO).

The SEBI panel had also said that this route should only be available financially stable companies so that the chances of manipulation could be minimized. It had also said only companies with at least 10 percent of their paid-up capital listed on Indian exchanges be permitted to access overseas listing.

Capital raising exercise abroad may also have an impact on the currency market as flow of overseas capital may put pressure on the rupee and lead to volatility. RBI and SEBI May be involved jointly to check this.

Sources quoted above said the government will move to amend the Foreign Exchange Management Act (Fema), the Companies Act and Sebi regulations in the budget session of Parliament so that the new scheme is operationalized soon.