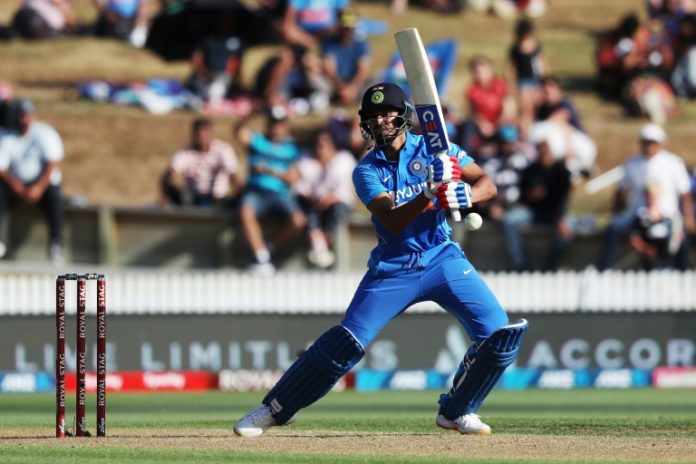 Shreyas Iyer scored his maiden one-day century as India posted a commanding 347 for four in the first one-day international against New Zealand in Hamilton on Tuesday.

Iyer’s 103 from 107 balls added to an impressive ODI record that includes six fifties in 13 innings for the 25-year-old, who was supported with half centuries from skipper Virat Kohli and KL Rahul.

India’s total provides a challenging target for a New Zealand side hit by injuries and low on confidence after the tourists inflicted a 5-0 whitewash in the Twenty20 series.

While he rode his luck at times — dropped on nine and 83 — Iyer coolly took apart the New Zealand attack, earning praise from VVS Laxman.

“I really enjoyed the way he paced his innings, a very mature knock,” the Indian batting legend said in commentary.

Laxman’s praise for Rahul, who scored an unbeaten 88, was even more fulsome, saying the wicketkeeper-batsman had cemented his spot in the Indian side after recovering from a form slump.

“He’s a special talent, I’d put him in the league of Rohit Sharma and Virat Kohli,” he said.

Debutant opening batsmen Mayank Agarwal and Prithvi Shaw also performed solidly, bring up an opening partnership of 50 after India lost the toss and were put in on a Seddon Park ground that usually favours the chasing side.

All-rounder Colin de Grandhomme made the breakthrough, coaxing an edge off Shaw to dismiss the rookie for 20.

Argawal followed four balls later, out for 32 after smashing a Tim Southee delivery to Tom Blundell, making his own debut for New Zealand.

The ever-reliable Kohli cruised to his 58th ODI half century in a 102-run partnership with Iyer that ended when spinner Ish Sodhi clean bowled him on 51 with a deceptively flighted ball.

It was a rare highlight for the New Zealand bowlers, whose inaccuracy proved expensive on the small ground.

Southee was the best performer with two wickets, but he conceded 8.5 runs an over taking them.