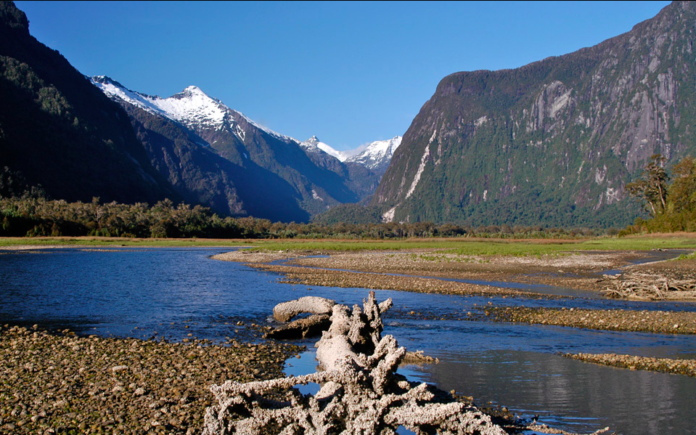 Chilean President Michelle Bachelet is leaving behind an environmental legacy, as her last day in the President’s Office approaches in March. Her presence will endlessly be preserved through the country’s remarkable landscapes.

In a revolutionary move, the President established 5 National Parks spanning over 10 million Acres, on Monday – a territory almost as big as Switzerland.

“This is not just an unprecedented act of preservation. It is an invitation to imagine other forms to use our land. To use natural resources in a way that does not destroy them. To have sustainable development – the only profitable economic development in the long term.”, Michelle said during a press event.

It is the most recent effort by the President to conserve the Environment on such a large-scale. She has become a staunch advocate for implementing policies that help in reducing the rate of climate change and environmental degradation. In 2015, Bachelet established 2 Marine sanctuaries covering 350,000 square miles, which was doubled last month.

Philanthropy by “The North Face” & “Patagonia”

The ecologically driven couple had acquired land throughout Chile for decades, eventually converting it to parks. Over the years, they worked on afforestation here, by restoring parts that had been degraded due to industrial practices.

Doug Tompkins died in 2015, and his wife McDivitt viewed the gift to Chile as a culminating milestone in their efforts. “I am proud of my husband Doug and his vision which continues to guide us, in addition to our entire team, for completing these two national parks and the broader network, a major milestone of our first 25 years of work,” she said in a press release.

Tompkins Conservation has also gifted huge chunks of land to Argentina, thus prompting the development of an Argentinian National Park spanning 1.5 million acres. “While we will continue to help promote and safeguard these parks, we are beginning to turn our attention to more new conservation and rewilding projects in Chile and Argentina as we work to save and restore big, wild and connected ecosystems,” said McDivitt Tompkins.

Farmers, ranchers and members of the farmed fish industry have opposed these efforts and argue that it deprives them of land and water sources for economic opportunity.

Environmental advocates on the other hand, argue that the protected landscapes open up opportunities for tourism. Moreover, Chile has been involved in establishing “environmentally destructive industries” in the past, so these parks could mark a shift in policy that promotes afforestation at a time when millions of acres of forests are being lost every year globally.

Conserved landscapes aid in improving air and water quality for local communities, protect ecological species, and create buffers against climate change and extreme weather. Also, the public-private nature of the parks represents a model that has the potential to kickstart efficient environment conservation practices around the world.