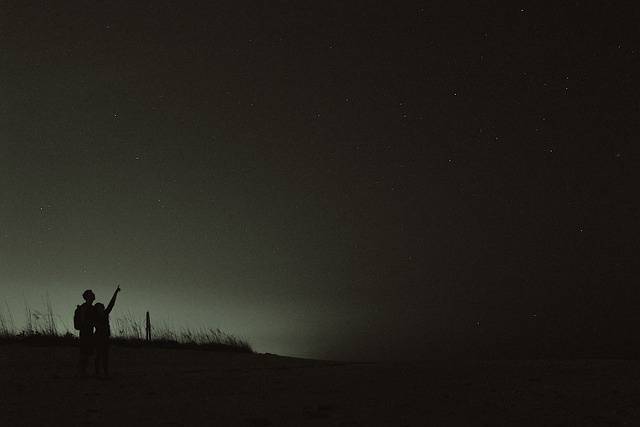 A popular misconception on Astronomy is that it requires high-priced equipment as well as great prior knowledge. However, Astronomy starts with ‘star watching’. Star watching is engaging but not necessarily difficult. It does not require an expensive telescope or remarkable skills. Star gazing is flexible enough to meet everyone’s enthusiasm. You can start out with your naked eye learning to identify a number of constellations and stars. You will gradually be able to recognize any constellation on a clear night sky visible to the naked eye on any time of the year. This demands of you nothing more than a bit of enthusiasm and basic knowledge of star watching.

So what are the prerequisites of star watching? Simple, a pair of eyes and a ‘star chart’. A star chart is an outline or map, of the night sky on a particular season of the year. Star charts are made for different seasons, simply because the sky is not the same on all times of the year. The reason behind is that the glare of the sun affects the brightness of the night sky differently in different seasons. Star charts are also occasionally made for different regions. You can easily guess why, observers on the different regions of earth will clearly witness a different layout of the sky above them. However, before learning more about star charts, let us see some general tips for star watching.

Far from the downtown: If you stay within a city or town, the lights from buildings and structures may over-illuminate the sky thus reducing the visibility of many stars. If you’re in the outskirts or have few edifices around, this won’t be a problem. If you can’t go out somewhere for your star watching activity, you can probably wait till the city lights dim to a minimum.

Select your facility: It can be your backyard, or your roof-top, find a comfortable, serene place where you get a full (bright) view of the night sky.

Get geared up: Dress yourself suitably (so that you don’t freeze on long star gazing sessions), get some munchies and/or hot-coffee for added festivity, A relaxing chair, and a flashlight covered with red wrapper (the wavelength of red illumination doesn’t affect your ability to watch faint objects in sky). Many suggest a bug-spray, just in case.

Where’s the map? Most importantly, get a star chart or star chart software. See more on star charts below.

Where can I get them?

Star charts are available in many formats. There are weekly magazines that publish star charts of specific regions for their published time period. Another place to look at is the Internet. However, once you start your star gazing, its best to use a star chart software that draws the current sky map. This is extremely useful for a star watcher. A star chart software can draw the exact sky map for a given region at the input time. It also takes care of many other factors, the moon phase, the exact latitude and longitude of the given region, the motion of the solar system through the galaxy, the glare of the sun affecting the brightness of sky among many others. All these complex functions are built into the star chart software to provide the most accurate star chart custom made for you! This way, you can plan your star watching session ideally beforehand, and mark points of interest you would like to watch every week. Moreover, such software is free to obtain.

How can I use it?

Once you obtain a star chart, whether a generic star chart, or a printed star chart from your favorite star mapping software, you can start finding the patterns of constellations in the sky! This is the exciting part, of course, and its easy. If you’re using software to make your star charts, you can easily recognize what’s above, because you have a more-than-accurate map of the sky. Once you start recognizing the constellations, you will naturally begin to learn identifying individual stars. Once again, your star chart software aids you in this greatly.

Now that you can identify your favorite stars and constellations on any night sky, the next step is to observe the sky for long terms. Yes, that’s how you learn how the sky changes its appearance as the earth moves through its orbit every year, and the entire solar system traverses through the milky way. There’s no better way to appreciate the majestic sky than watching it through the year. Once you become proficient at it, i.e., after a year or two, you might want to get deeper into astronomy. Next steps include buying a 7×50 binoculars for watching objects of lesser magnitude, later a telescope to begin with, joining an astro-club, and so on. The fascination of Astronomy is guaranteed to take you a long way.