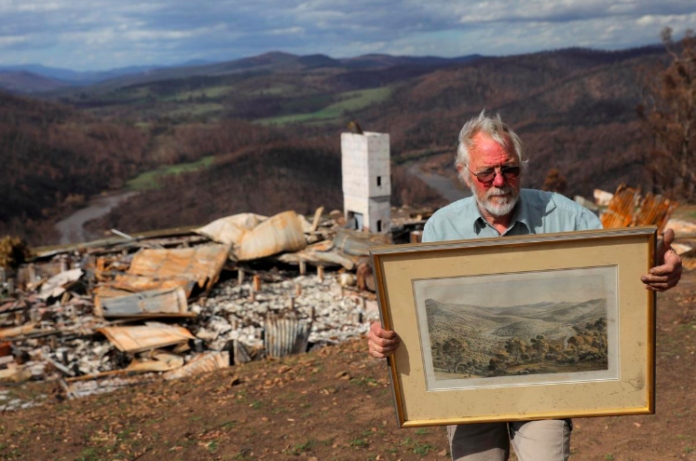 It was an inevitability, thought Australian cattle farmer Donald Graham and his wife Bronwyn, that bushfires would one day tear through the bushland that surrounded their home, a remote property overlooking the Snowy River National Park.

It’s the reason they installed two concrete bunkers on their property in December 2018, a year before devastating fires would roar up the nearby gullies.

“We thought it was just a matter of time, that definitively there would be a fire,” said Graham, a 68-year-old with a shock of white hair, “So we put the two bunkers in.”

It was a decision that would save their lives.

This summer bushfires have swept across Australia, burning through almost 12 million hectares, destroying more than 2,500 homes and killing 33 people, in some of the worst bushfires in decades.

When the fires ripped through Buchan, a small farming community in eastern Victoria on Dec. 30, they bellowed in on three fronts. Farmer Jeff McCole described the fires as “unfightable”, and said that all he and other “dumbfounded” residents could do was “just stand there and watch.”

At their property 12 kilometers (7.5 miles) away, the Grahams saw the fires sweep across the bush from the north and the west, roaring loudly, whipped up by strong winds.

“It was very hot and smoky and the air was filled with embers, and the trees were all alight, not flaming but glowing,” recalled Graham, “It looked like Christmas all around us in a sense, Christmas lights in the trees, but of course it wasn’t.”

Taking cheese and vegemite sandwiches with them, the couple climbed down into their bunker, where they had already placed heirlooms and water.

Tall enough for a man to stand and designed to shelter six people, the bunker is covered with a mound of earth, and the only thing visible from above is its large metal door.Slideshow (10 Images)

Watching from a peephole, the couple saw their home consumed by flames, flattened into a scatter of bricks, china and warped metal.

As the fire roared over, the Graham’s estimated they were inside for about 15 to 20 sweltering minutes, before they emerged to spent the next few hours fighting a fire threatening their shed.

Just before dawn, with the air filled with thick sepia-colored smoke, they crawled into their pick-up truck and turned on the air conditioning, exhausted but alive.