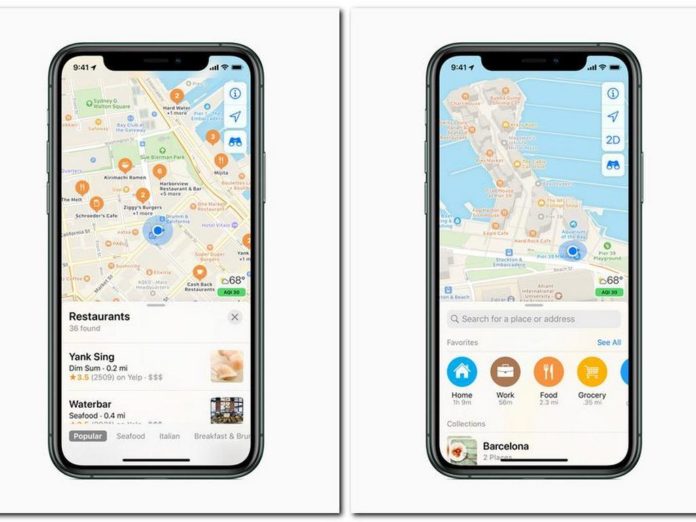 (IANS) Aiming to divert users from Google Maps, Waze and other rivals, Apple has rolled out its redesigned Maps for all users in the US.

The company said its revamped app is now available for US users and will arrive in Europe “in the coming months.” Apple Maps” redesign makes navigation faster and more accurate and gives users “comprehensive views of roads, buildings, parks, airports, malls and more”, CNET reported on Thursday.

The iPhone maker was working for over a year on the revamped Apple Maps and had rolled out the revamped version in central and southeast US in December 2019.

The revamped Apple Maps, which uses only the data collected by the iPhone maker, can push updates in realtime and has much more detailed features for users.

Along with the new Maps apps, real-time transit will be available in Miami starting Friday, in time for the upcoming Super Bowl, the report added.

In June 2018, the company had said the results of this effort would show up first in the next iOS 12 beta for San Francisco and the Bay Area, before being expanded to northern California later in the year.

The end-goal for the new Apple Maps, according to the company, was to be based entirely on Apple-collected data, and not a combination of external data providers.