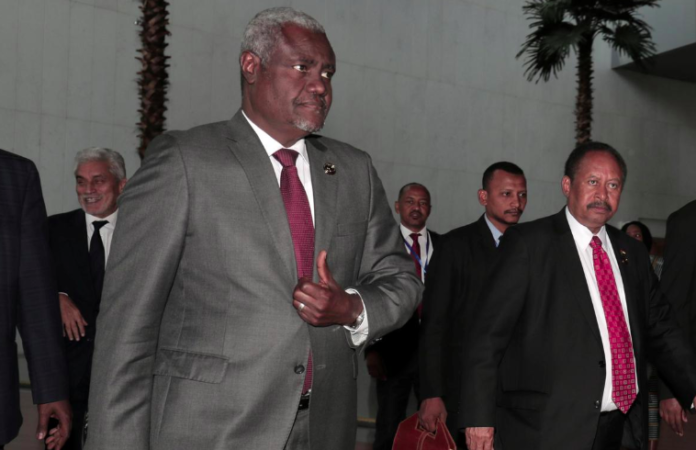 The African Union has agreed not to start financing security operations from a new fund until 2023 because it has received fewer contributions than hoped.

The AU, which groups 55 African countries, had hoped to start tapping the fund this year for peacekeeping missions, mediation and conflict prevention on a continent facing severe threats of violence and terrorism.

But at the end of a summit in the Ethiopian capital Addis Ababa, it decided not to start using the fund yet after it emerged it had less than half of the $400 million it had targeted.

The failure to secure as much funding as planned is a new setback to security hopes in Africa following an increase in attacks by Islamist militants in the vast Sahel region of western and north-central Africa.

It also follows a drawdown of AU peacekeepers in Somalia as external donors reduce funding, aiming to transfer responsibility to Somali forces.

AU nations have so far raised only $164 million, said Donald Kaberuka, the AU’s special envoy for the fund.

Fewer than 30 member states have paid their full contributions and five have never paid their annual dues, according to an internal document seen by Reuters.

Kaberuka said the decision on how much each country would pay had been postponed until later this year.

“Most countries do agree about the financing mechanism,” he said, adding that “for those who disagree we have until July 2020 to find a solution.”

Prolonged disagreements on how much each member state provides could cause further delays for the fund in the future.

“The AU is trying to be more self-sufficient, less reliant on donors,” said Elissa Jobson, Director of Africa Regional Advocacy for the International Crisis Group think tank. “This delays that process.”

But a senior AU official told reporters the huge threat posed to Africa by violence and terrorism, and governments’ inadequate resources to tackle them, means more international support is needed.

“We still need first for the United Nations Security Council to take its responsibilities and the rest of the international community not to let down Africa,” said Smail Chergui, commissioner of the AU’s Peace and Security Council.

He said poor nations in the Sahel such as Chad and Niger were cutting spending on health and education to ramp up security efforts and said this was “morally unacceptable”.