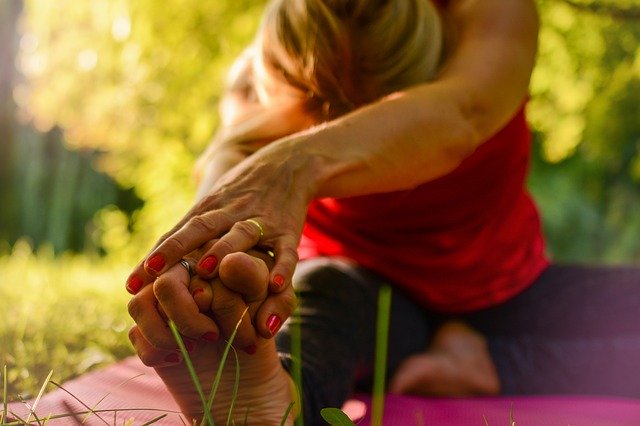 Yoga is many things to many people and usually depends on their knowledge of the subject and their reason for interest or practising yoga. The word ‘yoga’ comes from the Sanksrit root ‘yuj’ which means union. (Sanskrit is an ancient Indian language). Essentially yoga is an ancient philosophy which emerged out of different philosophies in India between 2,500 and 5,000 years ago or even longer. Many people practice Yoga at dedicated yoga retreats.

The main practice of the yoga of ancient times was understanding philosophy, overcoming attachment and acting through righteousness. This was done in order to elevate one’s actions or karmas as the belief was that by performing good karmas or actions one would lead a happy life that would eventually lead to enlightenment.

Yoga also involved meditation and contemplation on the inner self at home, work or at a yoga retreat. The ancient philosophies taught us that the nature of a human being was originally one of peace and that yoga and meditation practice brings one back to a state of realisation where one connects back to one’s own sense of peace.

The history of this period of time depicts yogis in seated postures such as padmasana (lotus posture) performing meditation.

As time went by, however, and people’s lives began to become more stressful, there was less awareness of the original sense of peace that we all have in our minds and this began to be interpreted into the body. There dawned awareness that the mind and the body are linked and that if the mind was stressed then so would be the body and there also dawned an awareness that if the body could be relaxed then so too could be the body. Many people find it useful to travel to yoga retreats in Spain away from life’s stress.

This change in practice happened relatively recently, around 800 years ago, and formed the foundations of what is regarded today as yoga practice. The theory was that a tense mind makes the muscles within the body tense and by relaxing the muscles in the body by stretching them one could make the mind relaxed too bringing it back closer to its natural state of peace. This then formed the basis for the physical practice of yoga we now know and is practiced across the world at home, work, indoors, outdoors and at yoga retreats. Many people travel visiting yoga retreats in Spain for example.

Of course this is simplified version of the theory of the physical practice of yoga. The reality is that there is a lot of depth to the theory of the practice of yoga postures and that one requires many years to understand it. Yogis at the time when postures were being developed experimented with different positions and noted their effect on the mind. They noted that forward bending postures, whilst helping with flexibilty also helped with developing ‘pratyahara’ or introversion. They noted that backbending postures help give energy to the body and also help open up the heart and emotions. They also noted physical benefits of postures. Twisting postures help provide oxygenated blood to the gastro-intestinal system and also to the pancreas so helping with the prevention of diabetes. They noticed that postures such as sarvanghasana or shoulder stand help provide oxygenated blood to the thyroid gland and so help with thyroid disorders and metabolic disease. They also noted positive effects on blood pressure as flexibility improves and aids blood circulation. They also noted that practicing yoga on a regular basis improved results and visiting dedicated yoga retreats helped to focus their bodies and minds.

Thus yoga has two paths that are spoken of – one is of good mental health, that is finding a state of relaxation within the mind, a state of peace and to those who want to follow it, a state of enlightenment. The other path is the path of health. This has also come to mean and involves following a healthy diet and is a reason that many yogis currently eat healthily and offer yoga courses at yoga retreats in India. Many of the ancient scriptures talked of a ‘sattvic’ or pure diet which today can be talked of as a healthy diet. It is a diet with plenty of fresh fruit and vegetables and ideally a vegetarian one where the idea of ‘ahimsa’ or non-violence is followed again to create good karmas and a peaceful internal and external environment.