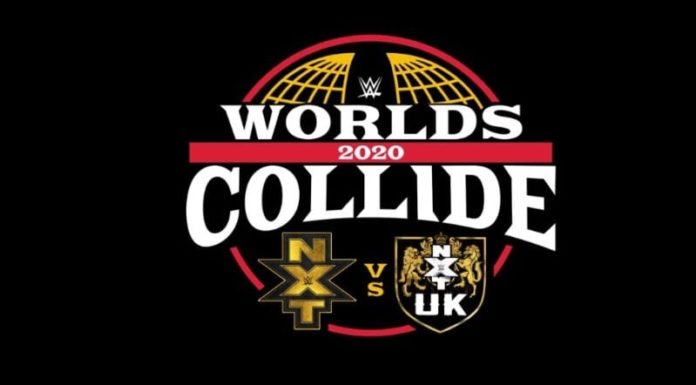 Welcome to the Worlds Collide pre-show, and we are live on the WWE Network.

Welcome to the Worlds Collide! We get an intro video package to hype the matches that will be taking place tonight. Our opening contest is…

Garza gets the early shine but ate a head kick. Devlin with a double suplex to the other challengers then a back breaker to Garza. Scott with a series of impressive offensive moves to get an early pop from the crowd. Garza took out Scott with an outside dive while Banks hit a diving drop kick off the apron to Devlin. Back in the ring, Banks hit a german suplex to Scott then splashes in the corner to Scott and Garza before hitting an outside dive to Devlin. Moments later, Devlin hit a spring board DDT to Scott. Devlin hit a suplex to Scott and Garza off the top rope but Banks hit a spring board head kick then into a slam to Devlin for two. Garza hit the wing clipper to Scott but Devlin broke up the pin attempt with a headbutt. Devlin hit his finisher to Scott for the win.

They did some grappling in the early going before it broke out in a fight. Storm caught her with a back kick before hitting a suplex in the corner. Storm applied an STF but Rhea was able to get out of it. Rhea made her comeback but was knocked down by Storm. Toni went to the top rope and missed a splash. Rhea hit her finisher for the win in a quick match.