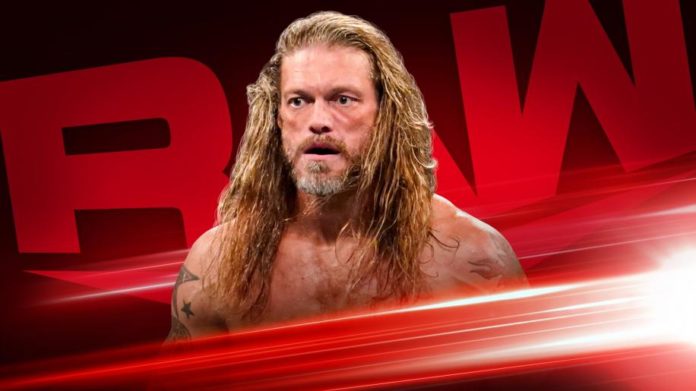 Here are the results of the January 27th, 2020 edition of Monday Night RAW.

We open the show with Drew McIntyre. The crowd chants that Drew deserves it, and Drew says someone needs to pinch him because he’s dreaming. He says he doesn’t like drawing things out, and he officially challenges Brock Lesnar. Last night, he saw that he could Claymore Lesnar over the top rope, and at WrestleMania, he’ll defeat Lesnar for the title.

McIntyre dominates the match and hits Claymores on both Gallows and Anderson and pins both of them for the win.

After the match, Drew throws Gallows and Anderson out of the ring, but Brock Lesnar comes from behind and hits an F-5. He poses with the title after.

Rey Mysterio wins with a 619 to MVP’s back and finishes it with a frog splash.

Black defeats the jobber with ease with a Black Mass.

After the match, Black says that the only person accountable for him getting eliminated in the Royal Rumble is him, and he owns his defeat. He also says he’s made the mistake of waiting for people to pick a fight with him, but as of tonight, the RAW locker room will no longer have to come to him. Black will bring the fight back.

Seth Rollins and Buddy Murphy come out. Rollins congratulates Drew for eliminating him in the Rumble, but he tells the crowd to enjoy it while it lasts, because Drew will eventually stab them in the back. He references the challenge that Owens and Joe laid out to both of them for the tag team championships, and Seth says he’ll accept because he’s a benevolent leader. He calls out both of them.

Kevin Owens comes out and says Seth talks too much and that he’s been a jackass and that he sucks now. Rollins says Kevin needs to stop talking and come down to fight them. Joe says that Rollins looking for a fight is funny because he’s been running away with AOP always jumping them.

Rollins assures Owens and Joe that AOP is in his private dressing room. Owens calls Rollins a liar, which Seth takes offense to. Rollins says he has proof and a camera pans to Akam and Rezar backstage. Joe says camera crews pre-record things all the time. Seth talks to Akam and Rezar and they respond, which proves his innocence. Owens thanks Rollins because now they don’t have to look for them. The Viking Raiders attack AOP backstage and the match is on.

During the match, Samoa Joe played up an injury and couldn’t finish the match. Rollins and Murphy retained when Owens hit a Stunner on Rollins, but Murphy rolled him up from behind.

Becky Lynch is interviewed backstage. Becky says her victory over Asuka did something profound. After her match, it really hit her how far above she is above everyone else and felt like slapping her own head off for doubting her own abilities. Now, the next time she defeats someone, it will be because she wants to, not because she has to. She is then asked what if Charlotte Flair challenges her. She says it wouldn’t be the first time, but it will be the last. Becky points to her jacket that says G.O.A.T on the back before leaving.

Zelina Vega sacrificed herself when Humberto was about to pin Andrade, and this resulted in a disqualification.

After the match, Andrade gets attacked by Humberto and Humberto removes the protective padding on the outside. He hits a Hammerlock DDT onto the exposed surface and stands tall.

Charlotte Flair comes out and says that she will challenge for a championship, because she’s still thinking about who she wants to challenge. Asuka comes out. She says something in Japanesse, and says “I don’t think so.” She then clearly says if she was in the women’s Royal Rumble, she would have won. Charlotte asks if she’s challenging her, and the Kabuki Warriors promptly jump her.

Flair has Asuka in the Figure Eight, but Kairi Sane jumps Charlotte with the Insane Elbow from the top rope for the DQ.

After the match, Flair fights off Kairi and hits a big boot. They’re joined by Kelly Kelly.

Mojo Rawley is out with his running back, Riddick Moss and he says he’s seeking for a challenge and he’s not running from any challengers. It’s not a hide and seek championship. He warns any challengers that they will get blocked.

Mojo wins a short match with a huge slam.

After the match, Truth pins Rawley from behind posing as someone in Jose’s conga line, but Truth isn’t able to escape as Moss cuts him off. Mojo wins the title back with an attack from behind.

Edge comes out, and he says that as a performer, athlete and artist, the reaction he got last night meant the world to him. Reactions like that is why they do this. Edge refused to live in a world of what-if’s, and decided to make those what-if’s disappear. HE felt good over the years and he asked himself, “What if?” What if he came back home?

He got a second neck injury and trained hard so he could step back in the ring and end his career on his terms. In the Rumble, he met familiar people and new people like Randy Orton, Roman Reigns, AJ Styles, Seth Rollins, Kevin Owens, Aliester Black, Matt Riddle and more. He then says he hopes to see all of them down the road.

He also doesn’t know how long this will last, but hopes we join him on this last ride. He knows he’s older, has gray hair and has crow’s feet, but he also has grit, and that’s something that can’t be replicated. Knock him down, and he gets back up. That brings out Randy Orton.

Orton says he used to have a self-destructive personality, and if there was one person that would grab him and get him back up, it was him. He then says the energy he felt when Edge was in the ring last night was something special. Orton then says he has a what-if for Edge. That being a Rated RKO reunion. Edge ponders it before Orton drops Edge with an RKO.

He then grabs a chair and strikes Edge with it. Orton takes the chair and wraps it around Edge’s neck. Orton then climbs to the top rope and sits on it. He then gets back down in the ring and removes the chair. He leaves the ring. Then, he runs back to ringside and gets another chair and lays Edge’s head on it. He takes another chair and he hits the conchairto. Orton stares over Edge as RAW goes off the air.