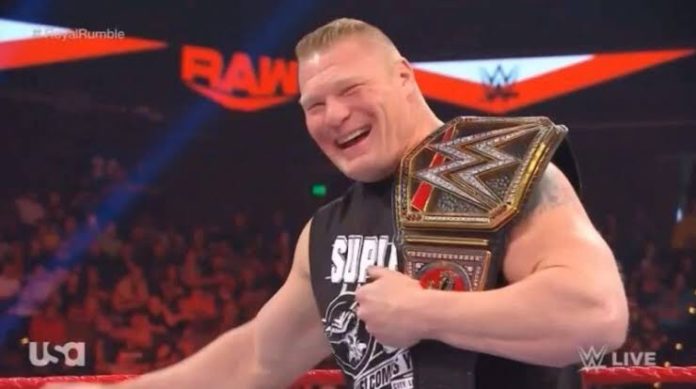 Here are the full results of the January 13th, 2020 edition of Monday Night RAW.

Randy Orton comes out to a large pop. He welcomes us to RAW and calls out AJ Styles. Styles said he believed Orton was really hurt and says he isn’t the favorite to win the Rumble as he claims. He also brags about the RKO he hit last week, and calls it the best ever. The two continue to go back and forth before Drew McIntyre comes out.

McIntyre recaps the destruction he’s laid on others the past couple of weeks. He says he’s been lacking in competition and he’s looking for better. Drew says his Claymore is better than any RKO, and suggests the three have a triple threat match instead of talking.

Randy Orton is able to hit the RKO on Styles, but McIntyre jumps in at the last minute and hits a Claymore on Orton. McIntyre pins Styles for the win.

Rollins is backstage giving AOP a pep talk, and says this is an opportunity. He tells AOP to remind them that everyone is either with them or against them.

Ricochet hits the Recoil and follows it up with the 630 for the win.

Flair gets the submission victory with the Figure Eight.

Big Show, Owens and Joe are preparing backstage and Big Show shows off the size of his fist.

Out comes Brock Lesnar. Paul Heyman speaks in a southern accent and says they need to show appreciation. The crowd chants “you suck” and then Lesnar and Heyman leave the ring abruptly. They re-enter and Heyman says Lesnar doesn’t suck. Heyman says the greatest streak of all time is currently happening, and it’s all executed with Brock Lesnar. Paul claims Lesnar will dominate at the Royal Rumble and will conquer the WWE universe. He also says 29 other men will tell the spoilers of Paul Heyman and that the truth will set everyone free. R-Truth comes out.

Truth says that his childhood hero John Cena taught him to never give up and says that he will declaring for the Royal Rumble. He tells Heyman that he will be flying over the top rope. Heyman tells Truth that he isn’t in it and Truth apologizes when he realizes Lesnar is in the rumble. He then un-declares for the Rumble match. Truth tells Heyman he talks too much. Truth then tells Paul he doesn’t want Lesnar to take him to Sioux City. Heyman corrects him. Brock approaches Truth and then he asks Lesnar what’s up. Truth dances before Lesnar hits him with an F-5. Lesnar then tells Truth that’s what’s up.

After the match, Truth is helped to the back, but Mojo Rawley attacks Truth and pins him to become the new 24/7 Champion.

Lana and Lashley are asked in the parking lot about their wedding and they basically say it was all horrible. They say they are going to crush Rusev and that everyone is envious of them.

Liv Morgan comes out towards the end of the match, but Lana throws a drink in her face and throws her into the barricade. Lashley hits a Spear on Rusev off the distraction for the win.

Backstage, Lana challenges Liv and Rusev to a mixed tag team match with herself and Bobby.

The Viking Raiders vs. The Singh Brothers

Easy squash for the Raiders.

Backstage, Rusev says Bobby and Lana are a waste of his breath. Liv Morgan promises Lana that she’s the living embodiment of her karma. And karma’s a bitch.

Becky Lynch and Asuka come out for their contract signing. Asuka starts trash talking in Japanese. Lynch tells Asuka may the best woman win and Asuka sprays the green mist. Becky cries in pain but she asks for the microphone. Lynch said she’s tried to find an anger to defend herself against her and a badness as risen in her. She says doesn’t care if they tried to hide Asuka from her, but she’s going down swinging at the Rumble.

Rowan dominates the jobber. He tries reaching into the cage to bring the creature out, but it bites him. Iron Claw wins it. During the match, Murphy is still on the floor on the outside and she tells Charly Caruso not to ask him any questions.

During the match, Rollins asks Murphy for his help. He eventually gets it, and everyone jumps The Big Show in the ring. Rollins hits the Curb Stomp and the referee calls the match.

After the match, Rollins and Murphy embrace each other as RAW goes off the air.