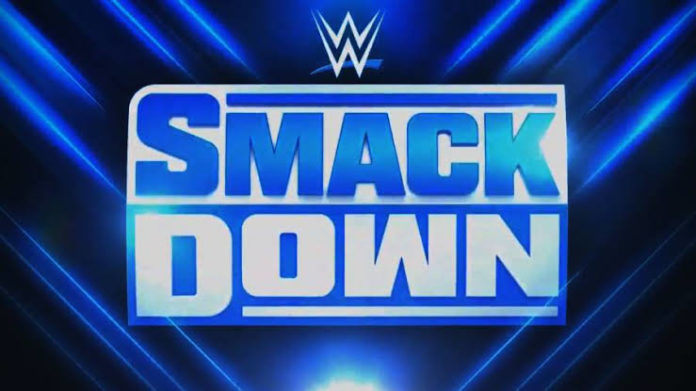 Here are the full results for the January 17th, 2020 edition of Friday Night SmackDown.

We begin the show with Kane and he talks about the Royal Rumble. He’s cut off by Bray Wyatt.

He calls Bray a Big Red Bully, and wants to assure everyone that Rambling Rabbit is fine. He also says he doesn’t think anyone winning the Rumble is a good idea, because they’d challenge him at WrestleMani.

He also references Kane’s photo on the wall, and Bray says he could never forget him and neither will “he”. The lights go out. When they come back on, Kane is outside the ring and The Fiend comes from under the ring. The Fiend approaches Kane from behind, and Kane asks him what took him so long.

Daniel Bryan takes out The Fiend from behind with a running knee and forces him back under the ring. Bryan has some of The Fiend’s dreadlocks.

The Miz is able to protect Morrison from harm’s way, and Morrison wins with Starship Pain.

The Usos vs. The Revival

The Usos win when Jimmy gets the frog splash from the top rope.

Backstage, The Revival say they are frustrated and say they need to make a change. They are then interrupted by Lacey Evans brawling with Bayley and Sasha Banks. Refs break it up.

Sasha Banks is icing her ankle and says Lacey doesn’t deserve a match with her. Bayley agrees, but a backstage official tells Sasha that she can’t keep ducking her. But since she’s injured, Bayley is taking her place tonight, and it’s next.

Lacey Evans gets the victory with a Woman’s Right.

Shorty G is interviewed and berates Sheamus for his shaming tactics. Sheamus walks backstage and asks if anyone has seen Shorty G. Sheamus belittles Shorty G once again before he brawls with him. Sheamus gets upset.

Braun Strowman declares for the Royal Rumble backstage and demands his shot for an Intercontinental Championship match.

Elias says he’s learned a lot over the past year, and it’s that he needs us. He sings.

Zayn, Nakamura and Cesaro come out and Zayn says that Braun isn’t in a position to ask for anything and says WWE is on notice. He also referenced Nakamura’s Royal Rumble win.

Elias sings another song about Sami Zayn needing to shut up and Nakamura sucking. Before he starts, Zayn tells everyone to shut up. He sends Cesaro to attack Elias. Eventually, all three jump him. Strowman comes out for the save and sends everyone running.

We get a video package on Rocky Johnson.

Otis comes ringside, but Sonya is distracted by Otis saving Mandy and Alexa rolls her from behind for the win.

Roode tells Corbin and Ziggler that he’s waited a long time for this moment and that he’ll put him through a table. Corbin says he wants a match that will humiliate him and take him out of the Rumble.

Shorty G vs. Sheamus and Lacey Evans vs. Bayley for the SmackDown Women’s Championship is made official for the Royal Rumble.

Corbin, Ziggler and Roode jump Corbin but The Usos come out for the save. the Usos put Ziggler through the announcer’s table and then Roman puts Roode through a table for the win with a Spear.

After the match, Roman says their match will be Falls Count Anywhere as SmackDown goes off the air.