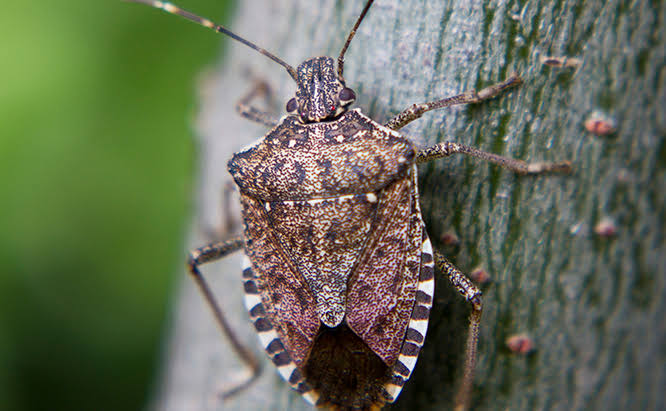 Stink bugs stink! They live up to their name because of their stinky liquid that is within their system. They first came from the East Asian countries such as China, Japan, Laos, Taiwan, and Korea. They migrated to the north-eastern states and now they are throughout the world. These types of bugs release an offensive smell which can aggravate people affected by it. The stinking property of these bugs is produced by their glands in the thorax, and the first and second part of their legs. This gland can generate a strong offensive odor and they have the ability to store this liquid that can be smelled 3-5 feet away.

Stink bugs are harmless to human, but their odor is bothersome. Whenever they feel threaten or disturbed, they squirt liquid from their glands as a form of their defense to other species. They also releases this liquid to attract other stink bugs to give cautions for possible attack, and for simply to invite others that have found a safe place to hibernate during a cool climate. Stink bugs stink in your home every year when they find their safe place to hibernate on their proper spot during winter, so it would be better to be prepared and sealed those cracks or holes after Fall to prevent them from coming back. They are very persistent to look for a small opening to make their way inside the structures especially to houses. They are not actually harmful to furniture and fabric in your home, but accidentally killing them inside your home is not good because their smell can stay for up to days, weeks, or even a month long. Even when they are dead, it is still not good because it only makes the scavenger insects to attract their corpse that makes for a more serious problem.

There are some cases reported about that smelly liquid that has an allergic reaction to human who are allergic to certain property that these bugs emit. Cases have also been reported about stink bugs bite. This is really aggravating for us human especially nowadays, such cases like those mentioned that can create a much bigger problem not only for house owner and gardener, but also for the local pest control authority as well. Their numbers are getting bigger if we can’t control them. Not only the stink on the farms, garden, and yards, but almost all of our property. They mostly likes to nestled in your attic, basement, and where there is light. Controlling them may be difficult but it is much better to start on ways to prevent them.

Not only stink bugs but some other kinds of insects and small creatures are a pest that could devastate your crops and you home, so preventive measure are being done. Several newer insecticides that won’t harm beneficial insects may be ineffective to bugs such as these. The most common and simple way to kill them is to drown them in soapy water. Stink bugs stink may be a problem especially in indoor. However, there are still limited numbers of insecticide products available that are effective.