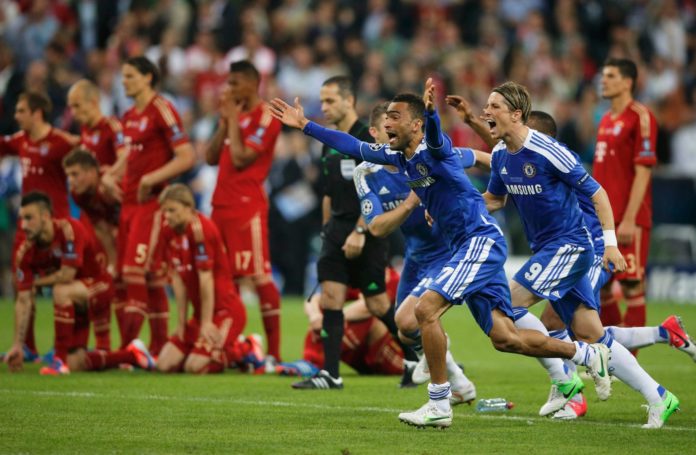 Some football fans think that a penalty is almost like a lottery, i.e. it all depends on the case. But in reality, everything is much more complicated. Statistical companies even developed special formulas to calculate the chances of a successful penalty. Moreover, it has already become possible to calculate what an ideal player should be for this.

Is it so easy to score a goal from 11 meters?

As you know the football rules, the winner of the draw games according to the playoff system is determined by penalty shoot-outs. Similarly, even the two finals of the World Cup ended. So, with a penalty kick, the player aims at the upper right or left corner of the goal to hit the ball so that it flies at a speed of one hundred kilometers per hour.

Less than half a second passes, or more precisely, 0.4 seconds so that the ball reaches the goal line. So, the goalkeeper has 0.2 seconds to see where the ball is coming from, and another 0.2 seconds to react. And in the history of the Champions League has ten such finals. Fans and players are used to treating penalty shootouts as a lottery. Even extra-class football players can shoot past the gate from 11 meters. For example, such misses were also observed by the football star David Beckham.

According to statistical calculations, men are more likely to score a successful goal than women. And there’s no sexism! Only a dry mathematical fact: a man makes an 11-meter hit in 75.57% of cases. While female team players do it in 73.65% of cases. This can also be explained by the fact that female goalkeepers protect the goal better.

Experience and role in the team

In any sport, experience matters. So, if a football player has reached the age of 30 years and older, then the percentage of penalties will also increase up to 79.23% or even 77.13%.

Those who score often will do it again and again

The teams have the so-called “full-time penalty kickers” that is, scorers. These guys score 75% of the penalty from the whole team, which means that they are 2% more reliable than other players.

In the calculation, the following picture is obtained: If the striker scores about 20 goals per season, then his chances soar by 80.10%. Players who do not hit the goal so often have a much lower chance: 74.29%.

In this item, it’s understood that even the country where the footballer is from comes from. Simply put, a North American footballer will hit the goal at 73.40%. But an Asian can make a much more effective penalty kicker because he realizes a hit with a probability of up to 79.14%.

But all this is nothing compared to the German “penalty scoring machines.” According to estimates, in the world championships, the Germans successfully scored a penalty in about 93% of cases! Here it is – German precision.

What do the stars say?

It’s funny, but mathematicians even made calculations among players of different zodiac signs. It turned out that the best scorers are the Lions because they score a goal with a penalty of 76.47%.

Who is he, the perfect penalty shooter?

So, to summarize, we can create a portrait of an ideal football player for a free kick:

Of course, this does not mean that the only way to achieve 100% of the goal with a penalty. But statistics based on the calculation of 91,000 shots from the penalty spot lead to interesting conclusions. We hope you were interested in this information, and you will take it into service at the Parimatch Holding Website when betting on football.