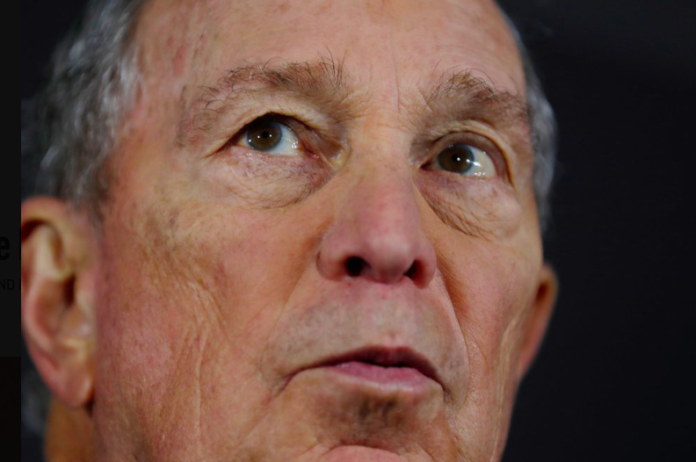 Billionaires Michael Bloomberg and Tom Steyer are testing an unproven theory in the contest for the Democratic presidential nomination: that their vast personal wealth can buy the trophy.

Not since Texas businessman Ross Perot spent $63.5 million in 1992 (more than $100 million in today’s dollars) on his run for president as an independent have candidates for the White House banked so much on their massive fortunes alone on delivering results. Donald Trump spent about $65 million of his own money in 2016. Bloomberg has spent more than three times that amount in a little over two months.

Bloomberg, who founded a financial data and media company and served three terms as New York mayor, and Steyer, a California businessman, have saturated key primary states with hundreds of millions in TV and social media advertising. They’ve also recruited top staff with above-market salaries while offering political figures and groups generous contributions as they work to build networks of support.

To the dismay of many in the party, it might work.

“People underestimate the billionaires at their own peril,” said Rebecca Katz, a progressive Democratic strategist in New York. “Just because you have all the money in the world doesn’t mean you will win the nomination and become president. But it’s a hell of a head start.”

Democrats have long grappled with the sway the wealthy hold over politics, an issue that took on added gravity after the Supreme Court’s landmark 2010 Citizens United decision cleared the way for the flood of cash now coursing through the political system.

The party’s progressive wing sought to make the 2020 contest a referendum on the taint of big money in politics. They championed small online donations from the grassroots base as the purest indicator of voter enthusiasm.

Bloomberg and Steyer have turned that argument inside out by eliminating the need for donors altogether, though unlike Bloomberg, Steyer does accept campaign contributions.

“There is no question that the system is set up to benefit people who can self-fund,” said Jared Leopold, a senior adviser to Washington Gov. Jay Inslee, who dropped out of the 2020 presidential race last summer after struggling to gain traction. “They are twisted rules, but that’s the reality.”

Bloomberg and Steyer flirted with presidential bids early last year but pulled back at the last minute. Yet after no clear front-runner emerged this cycle, Steyer, who is worth an estimated $1.6 billion by Forbes, entered the race in July. Bloomberg — whose net worth Forbes said is greater than $50 billion — announced his campaign in November.

By December, Steyer had spent more than $60 million on ads, according to the tracking firm Advertising Analytics. Bloomberg, meanwhile, crossed the $200 million ad spending threshold Friday morning, the firm announced, a sum that nearly surpasses the $222 million spent by the entire rest of the field.

For now, their big-money approach appears to be paying some dividends.

Steyer made waves Thursday when Fox News polls in Nevada and South Carolina measured his support in those states in double digits, though he fell well below that mark in national polls released in December, as well as in Iowa and New Hampshire.

Bloomberg has not focused his attention on the early primary and caucus states and has instead zeroed in on the larger delegate-rich states on Super Tuesday and later primaries. He has registered mid-single-digit support in national polls but has risen steadily along with his advertising. He has come in below former Vice President Joe Biden, as well as Vermont Sen. Bernie Sanders and Massachusetts Sen. Elizabeth Warren, but higher in some polls than either Steyer or some of the established candidates, including New Jersey Sen. Cory Booker.

Their wealth has given them a resiliency that other prominent candidates in the race did not enjoy, which hastened their exit, including California Sen. Kamala Harris, New York Sen. Kirsten Gillibrand, former Texas Rep. Beto O’Rourke and Inslee.

“If you are out-of-sight and out-of-mind in the air wars, it’s hard to envision a circumstance where you can come back and win the nomination. That’s just the harsh reality of a crowded field,” said Ian Sams, who was Harris’ lead spokesman before she left the race last month. “No single factor led to Kamala’s exit from this race as much as a lack of financial resources.”

Julián Castro, who dropped out of the 2020 race last week, said the Democratic National Committee should address the issues posed by Steyer and Bloomberg.

“The DNC is going to have to go back and look at these thresholds, debate thresholds, and the fact that you have people that can buy their way onto the stage,” the former Obama housing secretary said Friday.

Castro noted that Harris, who was once considered a Democratic front-runner, dropped out of the race on the same day in December that Steyer qualified for that month’s debate. Castro described him as someone who “just came on the scene and started pumping tens of millions of dollars into the process to artificially inflate those support numbers.”

“That’s not the best way to do things,” Castro said.

Bloomberg has had a virtual monopoly on presidential advertising and campaigning in the states that follow the traditional starting-gun states of Iowa and New Hampshire.

In Georgia, which won’t vote until after Super Tuesday, he recently donated $5 million to a voting rights political group led by Stacey Abrams, a rising star who nearly became Georgia’s first black female governor in 2018, losing a close race.

During an appearance there on Friday, he described himself as a “middle-class kid” who was “lucky enough” to finish college and find success.

He only glancingly referred to his own staggering wealth, noting that he’s not accepting contributions from anyone.

Steyer, too, appears to be benefiting from limited competition in states that have yet to draw a glut of advertising from the other candidates, most of whom are more focused on Iowa and New Hampshire.

In Nevada, where Steyer was already known as the man running commercials calling for Trump to be impeached, his face and voice dominate the airwaves — unlike most of the rest of the 2020 field. He also invested in conspicuous electronic billboards that beam his name at drivers on highways around Las Vegas.

In South Carolina, Steyer has spent more than $10 million on ads. Most of the state’s Democratic electorate is black, and he’s targeted minority-owned media in particular, spending a half million dollars on black radio.

“Communicating in a vacuum can move numbers,” said Leopold, the Inslee adviser. “But the question is when people start tuning into other names and seeing other people on their TV set, do they stick with Steyer, or is that just a sugar high?”

In the meantime, it’s drawing him attention, including at an event last month at Allen University, a historically black college in Columbia.

When Steyer took the stage, a student in the audience who up until that moment hadn’t been paying attention perked up and exclaimed: “Oh, it’s that guy — I’ve seen him on TV.”