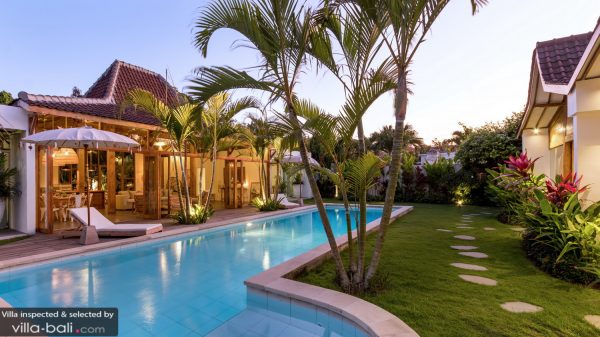 Bali is one of the worlds’ most sought after tourist destinations. Its unique ancient Hindu culture is rich with elaborate religious ceremonies and processions that occur almost daily.

1. Ubud is the art and dance cultural center of Bali. Located in the center of the island-state, this small village is one of Bali’s three primary tourist areas. Ubud thrives on a steady, dynamic level of tourism that stimulates a fast growing real estate business climate for both commercial and residential properties. Bali’s stable provincial government is democratically elected and encourages an open and welcoming business climate since economic growth adds greater tax revenues that permit new and ongoing development projects. The government’s ever increasing investment in infrastructure stimulates even more foreign investment and the implementation of new business standards and regulations underpin long-term economic success strategies that point to sustained growth in coming decades. Even during the recent global economic crisis, Indonesia maintained approximately a 6% growth rate. This burgeoning economic giant in the region was little influenced by the downtrend, primarily because the Indonesian financial system doesn’t function as a credit-based economy. Most foreign investment in real estate is on a cash basis. Today property values maintain a steadily increasing growth curve and the investment value of property in Ubud continues to augment because of the town’s popularity amongst tourists and locals alike.

2. Ubud, a quaint little village of only 8000 people, is a magical place. In 2009 it was rated “Best City in Asia” by readers of the US-based luxury magazine Conde Nast Traveler. Ubud dethroned Bangkok as the best Asian city. Bangkok had held the top spot since the category debuted in 2004. Ubud also beat out several other key travel destinations–Hong Kong, Shanghai and even Tokyo–all major contenders for the prestigious award. Ubud’s validation by Conde Nast Traveler as being “The Friendliest Town of All” is just one of many aspects that will most likely boost property and business values in the area for years to come. On a side note for connoisseurs, Cathay Pacific’s Inflight Magazine, named the martinis at Naughty Nuri’s restaurant in Ubud as being one of the top five best in all Asia.

3. Adding to Ubud’s media frenzy buzz, the town was prominently featured in the wildly popular, global best-selling book, “Eat, Pray, Love,” which remained on the New York Times Best Seller List for a staggering 187 weeks. Oprah Winfrey devoted two full episodes of her show to discuss the book’s success, which was soon followed by a Hollywood movie of the same name starring Julia Roberts, who won the 2001 Academy Award for Best Actress. Ubud’s recent accolades have intensified global investment interest in the town, which continues to show strongly augmenting revenues in the tourism sector of its economy. Property values and land rental rates for restaurants, shops, residences and hotels continue to skyrocket, which has stimulated even more interest in private real estate investment.

4. Notwithstanding the attraction of Bali’s rich ceremonial culture and its lush tropical environment, one contributing factor to the island’s dynamic rate of tourism growth is its low cost of travel expense when compared to high-key Western destinations in the States and in Europe or even in the nearby Southeast Asian cities of Singapore and Hong Kong. Indonesia’s average per capita income is approximately US$2 per day across much of the country and per capita income for workers in Bali typically is less than five dollars per day. Such low cost greatly reduces construction expense for new projects and the cost for staff once the projects are completed. This factor becomes highly attractive for not only foreign commercial real estate ventures but for private property investment as well. Retirees seeking exotic locales for retirement often place high-value-for-money-spent as a primary investment concern.

5. Living in Ubud has its rewards. Since the town is located in the center of the island at a higher elevation than the over-crowded beach areas further south, the temperature is several degrees cooler. And there’s a bit more rain in Ubud, which generally is of short duration, that nurtures the nearby verdant rice terraces–some of the most dramatic on the island. Ubud’s rich cultural heritage in art and dance has fostered a vibrant expat community of countless individuals involved in the creative arts, many as working professionals. The magic draw of Ubud has triggered the opening of numerous art galleries, fine dining establishments and five-star hotel accommodations. Many foreign investors seek property investment opportunities in Ubud to capitalize on Bali’s lucrative tourist industry by tapping into the luxury holiday rental villa sector.

Ubud’s vibrant residential real estate market has spawned some of Bali’s most innovative architectural designs, many that incorporate structures rising from infinity-edged reflecting pools. The concept blends unique contemporary design with the traditional Balinese “alang alang” thatched roof. The climate is temperate all year long so glass-enclosed, open-air rooms can invite nature inside in an often striking juxtaposition of elements.

The Future of Urban Housing: A Simple Guide