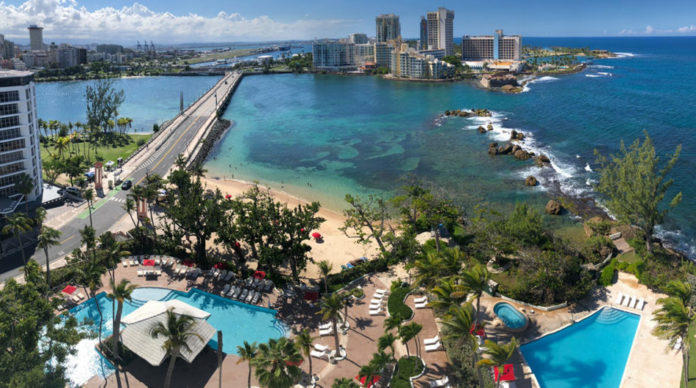 wo strong aftershocks collapsed homes and cracked walls in Puerto Rico on Friday as the Caribbean island tried to recover from its worst earthquake in more than a century. The first quake of magnitude 5.2 struck at 6:26 p.m. (5:26 p.m. EST), followed by another of magnitude 4.8 about four hours later, both centered on the island’s southwest coast, the U.S. Geological Service (USGS) said.

The quakes were felt as far north as the capital San Juan, and a spokesman for the town of Guayanilla told the El Nuevo Dia newspaper they caused more homes and buildings to collapse in the hard-hit community. Shaken residents in the south said the aftershocks were the strongest since Tuesday’s 6.4 magnitude earthquake, which killed at least one person, destroyed or damaged about 300 homes and knocked out power across the island.

Ada Cedeño was among more than 1,000 residents of Yauco, around 4 miles (6.4 kms) west of Guayanilla, who spent the night in a stadium, fearful their homes would collapse after hundreds of quakes and tremors in the last 13 days. “My nerves are on edge, we’re traumatized. I have a sister who is crying, she doesn’t want to go inside her house,” said Cedeño, 69, who with five other relatives set up camp beds among a sea of tents, canopies and blue plastic tarpaulin sheets.

The U.S. territory has been battered by hundreds of earthquakes and aftershocks since Dec. 28, causing structural damage to thousands of buildings and homes. The island is trying to restore power to its nearly 3 million residents after Tuesday’s earthquake severely damaged its largest generating plant, Costa Sur.

The island’s electricity authority reported 83 percent of customers had power by Friday evening, adding that the 5.2 tremor had not caused blackouts. Aftershocks are expected to continue for several more days following Tuesday’s major quake, the USGS said.

Puerto Rico Governor Wanda Vázquez and U.S. Senator Rick Scott on Friday toured the Costa Sur plant in Guayanilla and spoke to U.S. President Donald Trump by telephone about recovery efforts. They said Trump pledged his support for Puerto Rico after having approved an emergency declaration earlier in the week to mobilize resources. Scott said more than 6,000 people were in emergency shelters.

Vázquez on Thursday said she expected power to be fully restored by Monday. The earthquakes have added to Puerto Rico’s woes as it recovers from Hurricanes Maria and Irma in 2017, which killed about 3,000 people, and goes through a bankruptcy process.