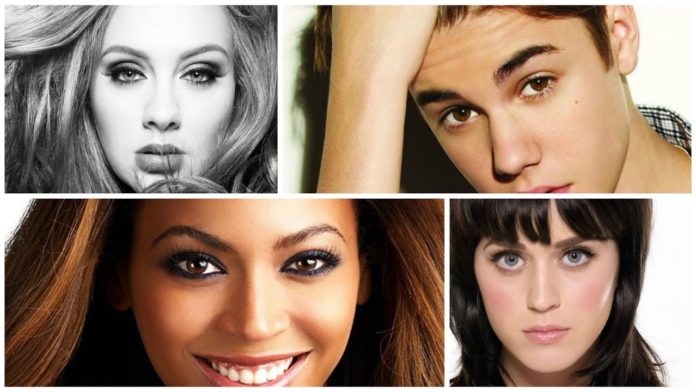 Without music, life is very boring and the music provides more fun and entertainment for everyone. The music helps to reduce your tension and many people in Hollywood have a successful career as singers, music directors, actors, directors, actresses, and others. Today the Hollywood music industry produces many varieties of music that are being found spread all over the world such as rocking, slow beat song, hip hop, and others.

There are lots of talented and popular singers who are rendering their voices for types of songs and here you will find the top 8 most famous Hollywood male and female singers.

Born Destiny Hope Cyrus is born on November 23, 1992, in Franklin, Tennessee, Miley Cyrus is the daughter of 1990s country star Billy Ray Cyrus. Singer and actress Miley Cyrus is the daughter of star Billy Ray Cyrus. She began acting at a young age, landing the starring role on the hit show Hannah Montana in 2004. Cyrus went on to release several successful albums, including Breakout (2008) and Can’t Be Tamed (2010) while becoming increasingly known for her wild behavior.

Robyn Rihanna Fenty, born on February 20, 1988, is a Barbadian singer and songwriter. She is born in Saint Michael and raised in Bridgetown, she first stepped in the music industry by recording demo tapes under the direction of record producer Evan Rogers in 2003. She finally signed a recording contract with Def Jam Recordings after auditioning for its then-president, hip hop producer and rapper Jay Z. Rihanna rose to fame with the release of her debut studio album Music of the Sun in 2005.

Bruno Mars is one of the most famous and multi-talented singers in the globe. He is a top-ranked singer because of his talent and vocals. Bruno Mars was born in 1985 and he nominated many awards for his singing. Bruno Mars is a choreographer, singer, songwriter, and record producer.  He works for the film industry delivering many hits such as Rio 2, Honeymoon in Vegas and others.

Jennifer Lynn Lopez is born July 24, 1969, also known as JLo, she is an American singer, actress, dancer, fashion designer, author, and producer. Her acting debut came w in the film My Little Girl (1986) which is a minor role; later Lopez gained her first regular high-profile job as a Fly Girl dancer on In Living Color in 1991, and she remained same until she decided to pursue an acting career in 1993. She got her first leading role in the Selena biopic of the same name in 1997.

Pitbull’s real name is Armando Perez and he was born in 1981. Pitbull is an awesome entrepreneur, producer, singer, and songwriter, and also an actor. His songs special event and parties are always being in demand as Pitbull’s voice make happy everyone. Pitbull is a famous rapper in the Hollywood industry and he is very talented to perform live songs on stages.

Drake is one of the famous male singers in the world and he started singing at a young age. He was born in 1986 and in 2006 he launched his singing career. In the year most of his albums are sold and a lot of the nomination and winning awards have been given to Drake just for his talent. Drake earns a huge income from his singing career. People really happy with this list of Hollywood highest paid male singers because everyone on the list looking awesome as well as very popular among the people.

From this content, you can learn about the Top 8 Most Popular Hollywood Male and Female Singers. Every singer has more success in their singing career and they are also more talented in singing. This list shows the current music world’s talented and rich Hollywood male singers from all parts of the world in the Hollywood industry.