Is it Easy to Get a Paternity Test in my City?

What can leaders do to get everything back on track? 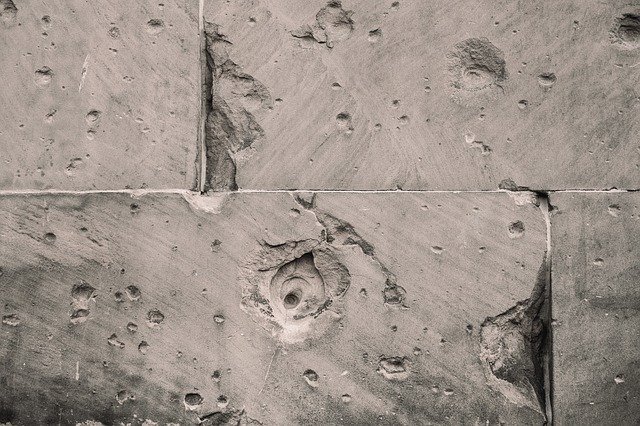 In today’s advanced and ever-growing world, it is quite uncommon to see or hear the two very common words together in our day to day life. Cement Industry or Cement Manufacturing is one of the prominent contributors to the Global Anthropogenic Greenhouse Effect, Cement Industry single-handedly accounts for around 5% of Global Carbon Dioxide emissions.

The cement produced in the industries is later used in concrete which is used in infrastructure. It is very interesting to know that ‘Concrete is the second most-consumed substance on Earth after water. The primary component of the manufacturing of cement is ‘Limestone’. Limestone along with other clay materials are heated in a kiln at 1400 degrees Celsius and then placed in the ground to form a lumpy, solid substance called clinker, the clinker is then combined with gypsum to form cement.

Cement Manufacturing is high energy and emission-intensive because of the extreme heat required to produce it. Producing a ton of cement requires 4.7 million BTU (British Thermal Unit), equivalent to about 400 pounds of coal and generates nearly a ton of carbon dioxide. Cement is the source of about 8% of the world’s carbon dioxide emission and the Cement industry contributes more carbon emissions than aviation fuel, these are some of the surprising revelations of the Industry. China produces most cement, thus most cement related emissions followed by India, EU, US, Vietnam, Turkey, Egypt, and other countries.

‘Infrastructure is the mark of progress and growth’ so it is an unnecessary evil, that we cant fight on extreme terms. Continuous efforts have been made by the Cement Industry Leaders to discuss reducing greenhouse gas emissions.

The 2018 United Nations Climate Change Conference is also known as COP24 was one such effort to discuss ways of meeting the requirement of the Paris Agreement on Climate Change. To achieve this, annual emissions from the cement industry will need to fall by at least 16% by 2030.

The World Cement Association held its first-ever Global Climate Change Forum, where Industry Leaders along with scientists discussed strategies to reduce the Industry’s carbon emissions. As the global population grows, some estimates suggest that cement production could increase by 2050. And some experts suggest that unless the Cement Industries don’t control their greenhouse gas emissions, it could put the Paris Agreement in deep waters.

Some groups are working on chemical formulas that would reduce the amount of ‘clinker’. A Princeton Engineer leads the University’s Sustainable Cement Group, which is working on ways to eliminate the need for clinkers all together. Special compounds known as Alkalis can form similar building blocks at the molecular level compared to what’s in Portland Cement Concrete. Though the carbon output associated with Alkali activated types of cement makes it difficult to compare it with Portland Cement.

A research team at UCLA is developing a product called ‘CO2NCRETE’. The working of this product relies on ‘Carbon Upcycling’ which uses carbon dioxide emissions captured from industrial acts to produce cement like and potentially carbon-neutral building material. What makes the ‘CO2NCRETE’ process unique is that it can utilize the captured carbon emissions as it is, without the need for extra processing. Some experts have pointed out one property of concrete which enables it to absorb carbon dioxide. It is a slow and time taking process but it may be able to soak up a substantial amount of emissions. A 2016 paper in Nature Geoscience suggests that the world’s concrete has been absorbing about 43% of those original emissions. Vigorous researches are being conducted to speed up or strengthen this absorption process. Another way to cut down carbon emissions is if cement production facilities were all outfitted with Carbon captures and Storage technology.

The journey from today to tomorrow is full of obstacles, but the help of various advancements in the field of technology combined with diligent efforts of the present human civilization might shape a new future and make tomorrow a better time to live in.

The Power of Language – another Dimension after Time