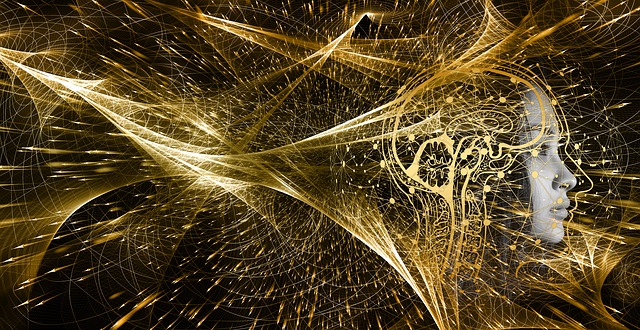 Man is addictive to his imagination. Starting from the childhood, everyone grows with an imaginary world inside them. Only a very few people see their dream come true because of their hard work, luck or the fact that their imaginations were somewhat realistic. Everyone might not have thought about quantum physics but most of us have wondered at some point as “what if I could have my teenage back?”. Time travel is the concept of traveling in time. It does not merely mean to travel in time, but it really means the control over time.

What if you could travel to any spot in the universe in no time at all? How about you step inside a lift in Australia and press the button and then the lift opens and you are in the United States of America? What if the lift did not travel through any tunnel but you were disassembled into subatomic particles and then reassembled on the destination? Actually that is the thesis under teleportation. Teleportation proposes a method where an object inside a teleportation device would be disintegrated into subatomic particles and be re-integrated into the original object inside another teleportation device in the destination location. This seems impossible but science is scary; the quantum entanglement might show a green signal to this seemingly impossible method.

In fact, the time travel, higher dimensions and quantum physics all seem to be interconnected. Quantum physics states that matter could come into existence out of nothing and be destroyed into nothing. This is very much contradictory to the early days’ and today’s science. The Newtonian science stated that the matter nor could neither be formed nor destroyed. The Theory of General Relativity of Einstein brought science to a whole different level when he actually postulated in a simple formula that matter could transform into energy and vice versa.

Now, that there are theories that actually propose and logically prove that energy could come out of nothing. The Spacetime dimension could be scattered or be passed through by a few physical objects naturally. The quantum entanglement of smaller particles is the most puzzling and interesting of the quantum physics.

The quantum entanglement suggests and is proved that two connected particles (and how they are connected is a mystery even to quantum physicists) could react for the action of one of the pair even if they were separated by larger distances. To this day, light is the fastest travelling entity in the world. It seems that if you apply a stimulation that will affect one of the entangled particles, the other one reacts immediately even if it is separated by a million kilometers. The point is, that the information from one particle to another particle seems to have travelled faster than light.

There are different possibilities but the most relevant ones should be either that the information is transferred thorough another dimension which is not bound by time, or the particles are close to each other in time itself so that there is no time gap between the two particles.

It is natural that science branched into more and more narrow paths. It is also natural that all science has to find a single point of reunion. Scientists, mostly theoretical physicists couldn’t cope with all the millions of laws, rules and equations in science. They wanted to know if there is a single explanation that could explain everything. This thought gave birth to the idea of the Theory of Everything.

If a Theory of Everything is postulated and proved then humanity would have been to the edge of this generation science. What the idea of the Theory of Everything means is that there would be a single equation that could be applied to explain the formation of the universe, the existence of it, all the current events at subatomic and atomic levels and much more of science.

If fact a proven Theory of Everything could explain the time travel, extra dimensions, teleportation and quantum physics positively. It is a continued attempt of respected scientists that has taken this theoretical theory to a new level. There were many theories proposed about it but the latest and most agreed one is the string theory. You think it is simple to have a theory so that everyone is happy but that was not the case.

The string theory came in five different forms. Now that there were five groups of scientists telling that their version of the theory was the right one. However, it came to an end when all scientists agreed that in fact all five different versions of the string theory were explaining the same thing. Now the accepted theory is called the M Theory. It is basically the most accepted theory closer to the conceptual Theory of Everything. Is it enough? Not enough!

There are loop holes in every single thing in science. The beauty of science is its falsifiability. Since the M theory came into existence and acceptance there have been efforts to fill in the gaps in the M Theory. Remember that a Theory of Everything should actually explain everything. Starting from dreams, demons and angels, radiation, expansion of the universe, the speed of the light, the foundation of time and every other thing that has a question mark on it should be explained by the Theory of Everything. So, is the theory there?

Actually the theory of everything is missing.