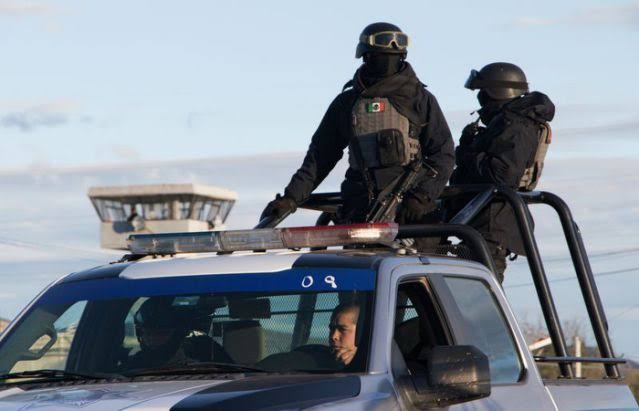 MEXICO CITY – Sixteen inmates were killed and five wounded in a prison fight in the northern Mexican state of Zacatecas, authorities said, in one of the worst outbreaks of violence in the country’s penal system since President Andres Manuel Lopez Obrador took power.

The fight broke out Tuesday afternoon at the Regional Center for Social Reintegration in the town of Cieneguillas, located on the western flank of state capital Zacatecas, the state government said.

Local media reported that the dispute was triggered by a soccer game.

In a press conference Wednesday evening, state Public Security Minister Ismael Camberos said all prison staff working during the fight and on the previous shift would be investigated.

Camberos did not comment on the cause of the clash, but said the situation in the prison was under control.

After the fight, one inmate was arrested with a firearm, and three more guns were found in the prison, as well as various knives. Further searches will be conducted at the prison to rule out the presence of additional weapons, Camberos said.

In an interview with Mexican radio program Aristegui earlier on Wednesday, Camberos said officials believe the guns may have been brought in during visiting hours on New Year’s eve, as a search of the prison over the weekend found no such weapons.

“We are waiting for the results of the investigation – this includes the director, senior managers and commanders – to determine if we are going to remove staff,” he said.

The prison holds members of five criminal groups, including the Gulf Cartel, the Jalisco New Generation Cartel and the Sinaloa Cartel, Camberos said. 120 inmates were relocated after the fight in an attempt to prevent further violence, he added.

The government has launched an investigation to determine those responsible for the incident and how the weapons entered the prison.

The five wounded inmates are in stable condition, Camberos said in the interview.

Camberos noted that the Cieneguillas prison was built some three decades ago, when Mexico faced a different security landscape.

“We are investing and we are trying to modernize this prison,” he said.

The incident marks the latest blow to the security track record of Lopez Obrador, who took power in December 2018 pledging to reduce record levels of violence. Instead, Mexico was in 2019 on track to surpass the previous year’s total number of homicides, according to latest data.

Mexican prisons have long been plagued by violence. In 2017, at least 28 inmates were killed when a brutal fight broke out in a prison in the resort town of Acapulco.

Though he did not mention the prison fight specifically, Mexican Security Minister Alfonso Durazo cited the need to improve the nation’s penal system in a series of tweets detailing his security plans on Wednesday.

“We will continue promoting the reorganization of the prisons to fight the crime that is organized from there,” he wrote.