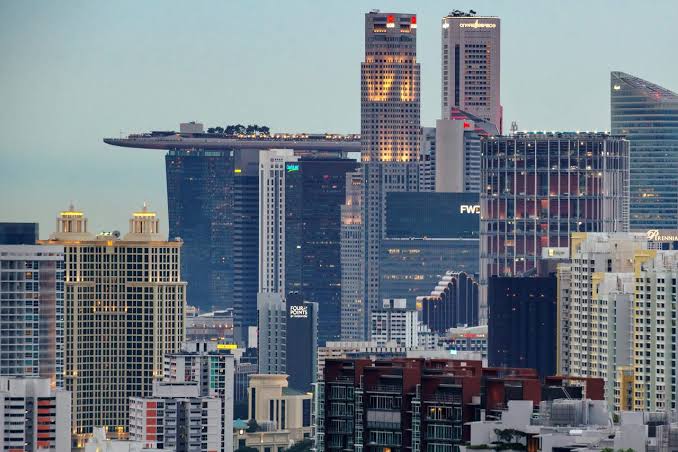 SINGAPORE – Singapore’s economy expanded at its slowest pace in a decade last year as its manufacturing sector contracted, preliminary data showed on Thursday, though fourth quarter data firmed expectations for a modest recovery in 2020.

The export-oriented economy has been hit hard by the drawn-out trade war between the United States and China as well as a cyclical global downturn in the electronics sector.

With the island nation expected to hold elections within months, economists are looking for “generous” fiscal support to bolster growth at the upcoming budget on Feb. 18.

“We are seeing improvement on the growth front although it will likely be a weak recovery,” said DBS economist Irvin Seah.

“The government is going to roll out the fiscal budget next month and this will likely be very generous,” he added, citing surpluses accumulated in recent years and upcoming elections, which must be held by early 2021 at the latest.

In the fourth quarter, GDP grew 0.8% in October-December from the same period a year ago, the trade ministry said, in line with analysts’ expectations and compared with a revised 0.7% in the previous quarter.

The economy grew 0.1% quarter-on-quarter on an annualized and seasonally adjusted basis, compared with an upwardly revised 2.4% rise the quarter before. That was weaker than the 0.4% expansion expected by analysts.

“The global economic slowdown has already affected us. This year we avoided a recession. Our economy is still growing, but less vigorously than we would like,” Prime Minister Lee Hsien Loong said in his annual New Year message on Dec. 31.

But OCBC’s Selena Ling said there was “no rush” for further action from the central bank, which holds its next semi-annual meeting in April.

“For now, fiscal policy can do the heavy-lifting,” said Ling, referring to the upcoming budget.