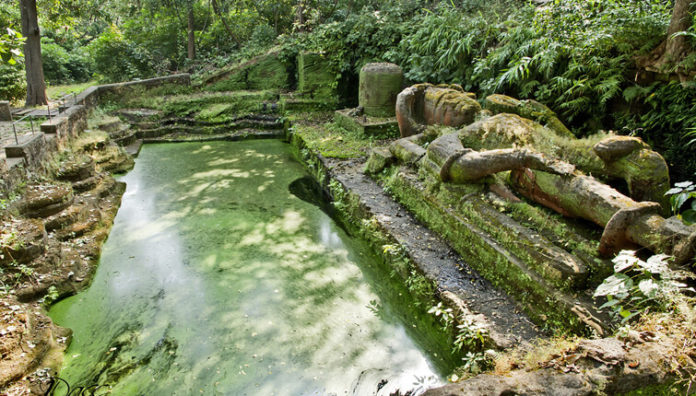 Bandhavgarh has been flourished through various significant historical legends most of which have been learned from the legends of Ramayana. Interestingly, Bandhavgarh is a legendary place that has much historical importance. One can learn through the ancient books of the Narad Panch Ratra and the Shiva Purana that this place is being associated with Ramayana.

The word Bandhavgarh is a combination of two words: Bandhav+ Garh where Bandhav means brother and Garh means Fort. So the meaning of Bandhavgarh is brother’s fort.

The name Bandhavgarh given to the reserve is due to the presence of an ancient fort in the hillock of the Vindhya ranges of Umaria. It has been believed that Lord Rama gifted this amazing fort to his younger brother Lakshmana to keep a watch on Lanka.

The Bandhavgarh fort is scripted with many convincing pieces of evidence of human activities and architectural techniques and interestingly, the legend explains that the ruined fort was being reconstructed by two monkeys who built a bridge between Lanka and the mainland.

In Bandhavgarh Park, Covered in moss is the 35 feet long Lord Vishnu statue dating back to 10th century AD and can be found in a reclining position. He is seen resting on the seven-headed serpent called Sheshnaag and hence he gets the name, “Sheshshaiya”. It is not just the Lord Vishnu statue there. There is a Shiva Linga to the left and there is Brahma to His right. However, the Brahma statue is just not visible, there are roots all over it and you cannot make out. But the idea was to set up a Trimoorthy (Trinity of Gods) in this place and that is what is seen.

Vishnu statue is carved out of a single sandstone. And from his feet originates the perennial river called, “Charan Ganga”. The river never dries up and the whole of Bandhavgarh benefits by this river. In old scriptures, this river is addressed as Vetravali Ganga. The pond in front of him always has water. The presence of blue-green algae all over it stood as a testimony.

It wouldn’t be incorrect to say that Bandhavgarh National park is the place for Lord Vishnu to rest as it is one of those places, where one can find a statue of Vishnu in a reclining position. This grand sculpture lies at the spring of the Chakradhara stream that waters Tala pond.

Since it is a water hole with water all through the year, it serves as the drinking spot for the animals but during the monsoon season, it receives a lot of devotees who throng here to worship the Lord. Shesh Shaiya is the only spot in the national park where walking is allowed.